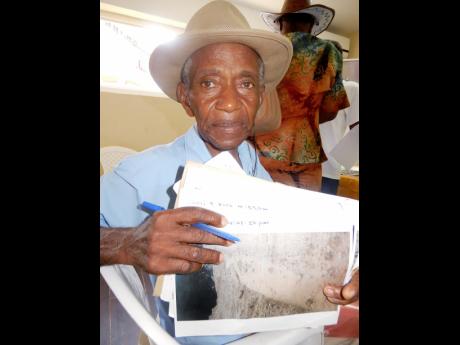 Cecelia Campbell-Livingston
Clarendon farmer Gifford Reid is demanding $85 million from Jamalco as compensation for damage caused to his property by a road the company constructed. 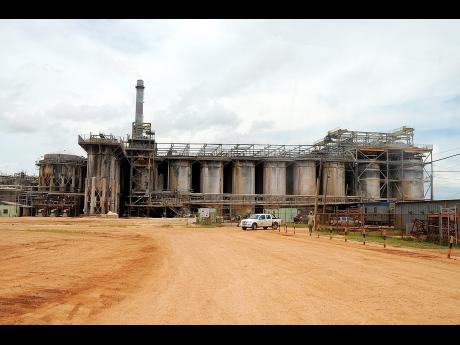 A Clarendon farmer has rejected an offer of more than $12 million in cash and kind put on the table by bauxite company Jamalco for damage to his farm in Halse Hall.

Gifford Reid last week described the Jamalco offer as "chicken feed", as he declared that he would not be satisfied with an offer of less than $85 million.

According to Reid, he has suffered severe losses because water and debris flowed on to his farm as a result of a road that was constructed by the bauxite company.

He charged that the company's offer is ridiculous and people would laugh at him if he accepted that amount for the damage he suffered.

Reid told The Sunday Gleaner that since 2015 he has been inconvenienced by Jamalco, as since the road was built it has caused extensive damage to his property.

He said he has been farming for the past 45 years but was forced to discontinue on that plot of land as the water and debris that came on to the farm wiped out his crops.

The farmer said has been in dialogue with Jamalco since 2015 and is yet to receive what he is due. He admitted that Jamalco has built a new road to his property to replace the one that was damaged by the flood waters, but declared that this has not been enough.

The farmer argued that he thought he would have been compensated a long time ago, but his nephew, who is handling the case for him from out of England, has reached nowhere with the negotiations.

But in a letter dated May 2018 to Reid's nephew in England, seen by The Sunday Gleaner, Jamalco offered $400,000 to repair and cover damaged water tanks on the farm, $265,800 for dust and nuisance, and $2 million for medical expenses for the farmer, who suffered a fall during the flooding of his farm.

The company also offered Reid $8 million as final compensation for loss of income from the wash down of marl on his property leading up to August 2018.

In addition, Jamalco offered Reid $2 million in equipment, or labour, to strip the affected section of the property and to rehabilitate it to the satisfaction of the estate.

Corporate services manager at Jamalco, Donna Marie Brooks, told The Sunday Gleaner that the company had been ready to settle with Reid before he indicated that his England-based nephew would be taking over the negotiations.

According to Brooks, after the road was built and debris dumped on Reid's property, he was compensated for that. However, more rainfall dumped even more debris on his crops and a compensation offer was made to him, which he refused.

Brooks argued that the claim which was sent to the company to compensate Reid "was really exorbitant" with no basis on how they arrived at the figure.

She said the company has been very accommodating to Reid and has built him a new and much improved access road, which went right up to his veranda.

"He asked for two water tanks and we gave him four, as well as water," said Brooks, as she added that the company is now awaiting a formal response from Reid's nephew to the offer that is on the table.

Reid would not tell our news team what was the basis for his demand for $85 million in compensation. He said that he is leaving that completely in the hands of his nephew and niece in England.

The small farmer added that he is not a man who likes the court and would rather arrive at an amicable solution instead of legal action.