UPDATED: Trench Town threat - Rapists said to be preying on young girls in the community 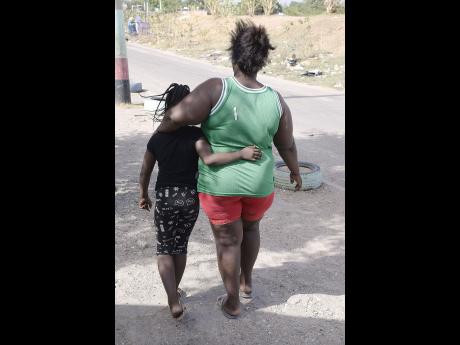 The sometimes volatile south St Andrew community of Trench Town is becoming increasingly dangerous for young girls who residents claim are being targeted by rapists.

According to the residents, there have been at least three cases of rape or attempted rape in the community in recent weeks, with females now scared to walk in certain areas after dark.

The reports pushed one church group to stage a march through the area last Monday, as residents decried the heinous incidents. The march featured children and adults who sang, chanted and prayed as they moved through the community.

"The purpose of the march was to stand with the children who have been molested or who are at risk of being molested," said David Campbell, director of Fusion Jamaica, a youth empowerment programme operating in Trench Town for several years.

He listed three children in his programme who have been raped or faced a rape attempt in recent months.

"It is just one of those things that we really need to take a stand against with the community and in the community. We have been working with these children, trying to give them life opportunities," said Campbell.

"One girl, who has been in our programme since she was four years old, she is now eight, was the victim of an attempted rape recently. The man tried to penetrate her but it was difficult, so he tried to use Vaseline," added Campbell.

The mother of that girl, Simone*, was still fuming when she spoke with The Sunday Gleaner almost one week after the attack.

According to Simone, the attacker lived two floors above her in the same building, and was a friend of hers for many years.

"Is a man that would usually call her and send her out, so one Wednesday him call and send her out and she go and come back. Him attempted to have sex with her and then she come down and play and everything after that," said Simone.

She added that she was not suspicious until her daughter started acting strange later that day. That's when she searched the child and found bruises on her vagina. The girl later reported that she was molested.

She said she reported the matter to the Centre for the Investigation of Sexual Offences and Child Abuse (CISOCA), and later returned to the building with the police. But by then the man had fled.

"I want to hold him. To be honest, I don't want the police them to hold him until me hold him," said the mother, her young daughter listening in on the interview metres away.

"People pass and see him over the next side of the community, and I don't know why people a harbour him over there. I know him how long and I never believed that him would do something like this. I never believe it. I swear, I want to hold him before the police," added Simone.

Her anger was shared by several other females in the community. They charged that there was a high level of sexual abuse taking place in the area but relatives try to keep them quiet.

"Back in the day you use to have a lot of them things here in the place and is like them want it to come back. You have some dutty man bout the place here, and half of the times police don't know anything about it," said one female told The Sunday Gleaner.

Head of the Kingston West Police Division Superintendent Howard Chambers told our news team that if incidents of rape and carnal abuse are reported to CISOCA, it usually takes some time before the information is passed to the police at the divisional level.

"So we might not know about it immediately if it wasn't reported directly to us. But up to yesterday (last Tuesday) I went through the area, Trench Town, Rose Town, and I was not hearing about that difficulty from the residents. Most of them were talking about music and so on," said Chambers.

He said he has started making checks about the rape allegations.

(EDITOR'S NOTE: In a previous version of this article, David Campbell was incorrectly identified as David Allen.)