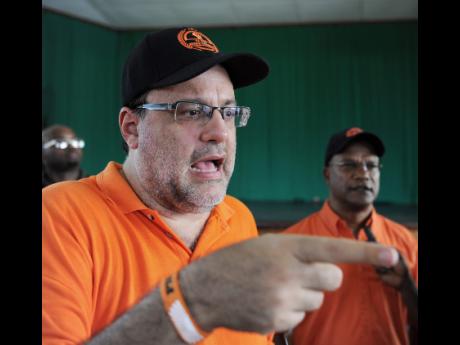 Member of Parliament for St Andrew South, Mark Golding, has challenged the figures released by Prime Minister Andrew Holness on the level of crime in Trench Town, which is included in the section of the Corporate Area now under a state of emergency.

In a letter to Holness last Friday, Golding, whose constituency includes Trench Town, said his checks with the police have shown that the numbers presented by the prime minister were inaccurate and overstated.

According to Golding, "Those allegations came as an unpleasant surprise to the people of Trench Town, many of whom were hurt and offended by the stigma and slur that your remarks have so unfortunately cast on their community and, by extension, on them."

Golding said his figures showed that Holness' numbers for 2017 were overstated by almost 67 per cent and over 37 per cent for the first nine months of this year.

"Given the damage that your statement to Parliament has done and the pain it has caused, you would no doubt, Prime Minister, consider it appropriate and urgent to make a public correction of the erroneous information in your statement," added Golding.

He argued that while the residents of Trench Town are not opposed to the state of emergency, the are not convinced that this will address the long-standing problem of crime and violence in the community.

"I wish also to state, for the record, that the community has long been calling for a greater presence of security forces on the ground, and therefore welcomes this aspect of the current state of emergency.

"Nevertheless, there remains considerable scepticism as to its likely efficacy in providing any sustained benefits to the community, in the absence of cohesive and sustained social investments for the benefit of the people," declared Golding.

He noted that with its rich cultural history, Trench Town hosts visitors regularly as persons trek to the world-famous Trench Town Culture Yard, and has repeatedly been identified as the community in Jamaica which enjoys the highest level of Airbnb visitors.

"The image and reputation of Trench Town are therefore very important to the residents, not only from the standpoint of their identity and self-esteem, but also to their economic prospects and livelihood," argued Golding.