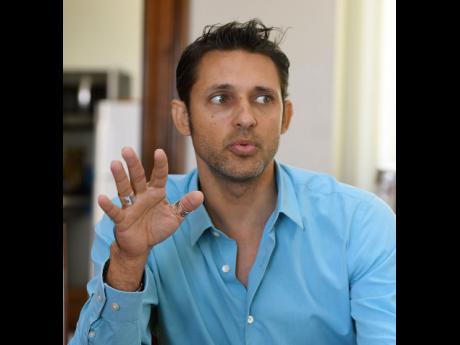 Twenty-nine years after business leaders brainstormed for ideas to stem the tide of violent crimes, especially homicides, and created Crime Stop as a reward programme for safe and anonymous information, there is a satisfaction that no caller to the entity has ever been outed.

Launched in 1989 under the guidance of the Private Sector Organisation of Jamaica (PSOJ), in partnership with the Jamaica Constabulary Force (JCF) and the Media Association of Jamaica (MAJ), Crime Stop has received more than 27,000 calls with 21,000 investigated without even one breach in its confidential nature.

"Crime Stop has never been compromised. We are here for one purpose only, and it's to help the police solve crime by giving the public an anonymous method by which they can give information to the police," Prudence Gentles, manager of Crime Stop, told a Gleaner Editors' Forum last Thursday.

"We are very very pleased that we have never had anybody compromised, and we are very satisfied with our long-standing relationship with the media, the police and the public, and that is the triangle that all crime stoppers around the world work on. That is the tri-party relationship. So we follow that premise," added Gentles.

Past chairman of Crime Stop, former head of the Jamaica Defence Force, Major General Robert Neish, told the forum that the entity remains as relevant now as when it was launched in 1989.

"The fact that we have been successful in providing information, providing leads to the police, made us relevant in the first place and allows us to be able to say, 'Well, we can provide information which comes to us from citizens in the island and is passed on to the police without compromising that information or that source'," said Neish.

"I think we can be very proud of that," added Neish.

He noted that significant financial support by the private sector has allowed Crime Stop to expanded the programme to what it is today.

Crime Stop director and MAJ representative, Brian Schmidt, said the media entities continue to support the programmes, because a safe Jamaica is key for all Jamaicans.

"Crime is everybody's business. Nobody is insulated. We are connected to what is happening in the society as media, and we see what's going on. We as the media have always taken a stance that we need to do something to make a difference," Schmidt told the forum.

He argued that Jamaicans can decide to either be an active participant in the fight against crime or a voyeur.

"We have chosen not to be that and to be an active participant in the society. Otherwise, how are we going to create any sort of change? And that is why the MAJ has been steadfast in its support for the past 29 years, and will continue to do so," declared Schmidt.

Crime Stop currently operates with a 12 member staff although Gentles has put the ideal staff number at 20, while acknowledging long-time major sponsors such as FLOW and the National Commercial Bank. Schmidt urged other companies to come on board, "as a crime-free society is good for everybody".

Crime Stop Week is being celebrated starting today, and will close with a family barbecue at the Palisades strip.