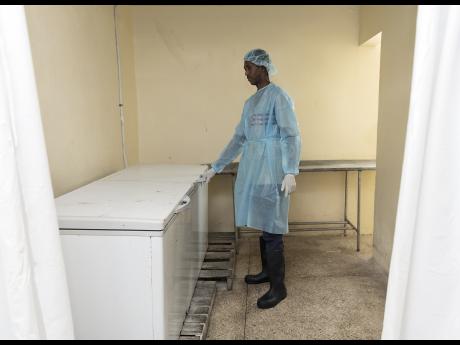 Gladstone Taylor
A KPH employee at the inappropriate deep freezers used to store the bodies of neonates at the KPH instead of a proper cadaver refrigerator. 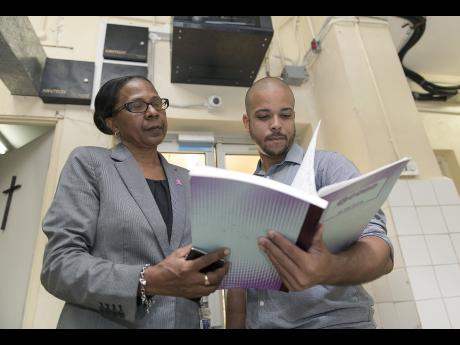 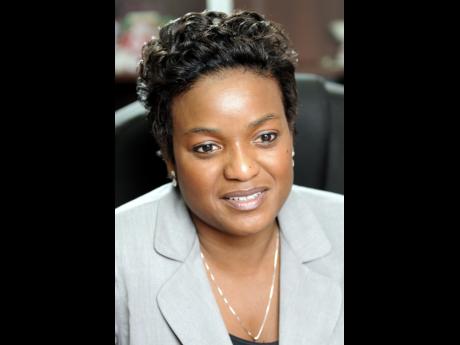 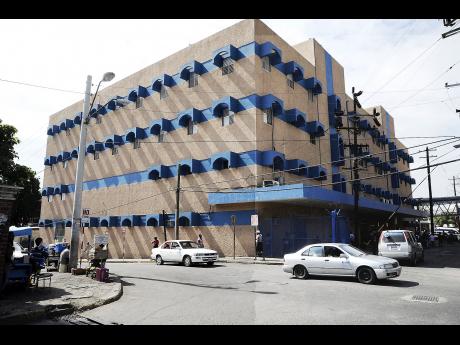 The investigation into the improper disposal of two dead babies at the Kingston Public Hospital (KPH) in May has revealed that one of the bodies had been at the hospital morgue for more than a year.

The probe also found that the bodies of babies were being stored in a manner not in keeping with standard morgue operations.

Officials of the South East Regional Health Authority (SERHA), who investigated the morgue and health records activities at KPH and the Victoria Jubilee Hospital (VJH) after the bodies were found among stray dogs on the streets behind the hospital, last week told The Sunday Gleaner that many cases of procedural breaches were found.

"What we noticed was an apparent systematic breakdown at both KPH and VJH, which would have resulted in the mishandling of dead neonates and still-borns," said Dr Patrece Charles, chair of the technical risk assessment committee of SERHA.

In an exclusive interview with The Sunday Gleaner last Tuesday to discuss the findings of the investigation which was promised by chairman of SERHA Phillip Armstrong, Charles said the breakdown in established protocols started from as early as 2009.

Among the problems identified was the improper storage of neonates, overloading of refrigerators that store the neonates, missing bodies when handing over to the funeral home, infection prevention and control issues, and the non-compliance with the procedures manual.

There were three separate investigations into the improper disposal of the neonates. In addition to SERHA's probe, one was conducted by the police in May following news of what had transpired, while Lenroy James was contracted to assess hazardous material process flow at the hospital.

"It's an inappropriate storage facility to begin with, because it's a commercially available deep freeze that you walk into any store and just buy and go and put it down. So you can understand that they were basically stacked one on top of the other.

"Because of that now, when you have to move in and out, you had the packaging material being damaged and that sort of thing," James told The Sunday Gleaner.

Once a body is left at KPH, the hospital has 30 days before it starts a determination as to whether the body is claimed or not. Neonates are sent to the Brown's Funeral Home to be cremated.

However, the investigations showed that a daily census was not being taken and records of activities at the morgue were not being properly documented before the issue of the neonates coming to national attention.

"One of the bodies that we found next door was there for over a year, passing the time. That can't happen again once we continue with the daily census," declared Charles.

"We have had reasons to be concerned as far as reconciling the numbers based on the burial orders. As they clean the health records and clean the files, there are some improvements as far as location, but this goes back so far that we may never reconcile every single file that is there," added Charles.

"We have already, based on our investigations, started improvements in the way that the records are being kept, and if you see pictures of the before and after, it is dramatic. There was literally a mountain of files on the ground versus everything now being organised," she said.

Charles said the police have not yet finalised their investigation but already three employees, including the mortuary supervisor at the KPH, have been interdicted.

Armstrong described the interdiction process for the three employees as long and bureaucratic.

The three were interdicted in May but Armstrong said he is still not in a position to say if they will lose their jobs.

"I think we have done our part in ensuring that those persons that we believe, and felt, based on the evidence, were not doing their jobs have been interdicted. The process after that, I don't think we control, because everybody should have due process and they are going through that now. They may be found not guilty and may be reinstated and there is nothing we can do about that," said Armstrong.

"Intuitively, we knew that the issue was around bad administration. I think we knew that. I think what we have done is to have the report addressing that and now ensuring that people are going to be held accountable for their responsibilities," added Armstrong.

He was supported by Charles, who underscored that while they have identified individuals for possible disciplinary actions, the process is not as clear-cut.

"We have to follow certain rules and guidelines as far as human resources are concerned. It is difficult, it is difficult," said Charles.

She pointed out that SERHA has started the procurement process for a morgue refrigerator and other well-needed resources. These should be secured for use by the end of the year.