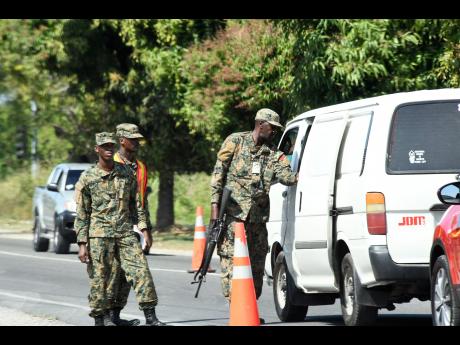 Norman Grindley
Soldiers check a delivery van in the St Catherine North Police Division, which is under a state of emergency. 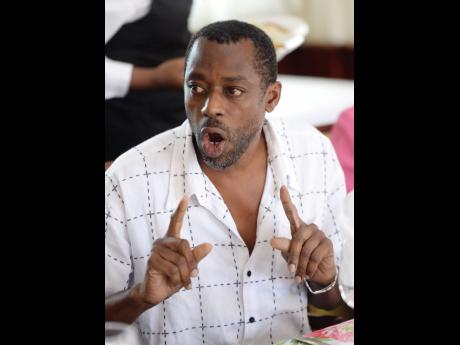 Jamaica and other countries in the Latin America and Caribbean region are being encouraged to spend smarter and not necessarily more to reduce crime.

A recently released study by the Inter-American Development Bank (IDB), dubbed Better Spending for Better Lives: How Latin America and the Caribbean Can Do More with Less, has found that countries in the region are spending massively on policing and not enough on preventive programmes, and anthropologist Dr Herbert Gayle agrees.

According to Gayle, tackling crime has to be done at three levels, which he has identified as primary, secondary, and tertiary, and countries in the region are incorrectly focusing on the last two.

"Primary means preventive, and that is going to come about from social services, a justice system that gives people a sense that there is justice, and access to education for all," said Gayle.

"There are communities in Jamaica where 50 per cent of the boys are out of school, so we can't even make a statement about education for all," added Gayle.

He argued that activities at the primary level are usually less visible and, therefore, less suited for the political agendas of Latin American and Caribbean countries.

Gayle charged that many governments in the region do not see improving the social conditions of their people as having any relation to violence.

"They don't see them as being beneficial to security but the primary level is about making sure that people are stable, that there is social inclusion, and that communities are served," Gayle told The Sunday Gleaner.

He pointed out that the secondary and tertiary-level interventions speak to curative measures, which include spending on a country's security forces, and on relief measures such as states of emergency, and in Jamaica's case, zones of special operations.

Gayle argued that these are usually more visible and aid political endeavours.

"It gets worst at the tertiary level, otherwise known as the relief or morphine level. A lot of money is spent on tertiary, as if a person can live on morphine with an injury," said Gayle.

"Even if we spend money on the secondary and tertiary, we still have to make massive investments in primaries otherwise we will be going around in circles," he added.

The IDB study found that, "Latin America and Caribbean countries invest most of their security spending on the police (63.4 per cent), followed by criminal justice (22.3 per cent), and then prisons (8.7 per cent).

"A comparison of Latin America and Caribbean police with the rest of the world gives an average relative efficiency of 70 per cent, which means that by bringing efficiency to frontier levels, crime prevention in the region could be increased by 30 per cent," said the study,

Compared to countries such as the United States and the United Kingdom, the region invests proportionately about the same in police, more in justice, and less in prisons and other areas, including research and development.

"A comparison of each country's position with respect to the 'average' of the sample shows that countries such as Argentina and Jamaica concentrate their spending more on police than the average, while Brazil and the Dominican Republic focus more on justice," revealed the study.