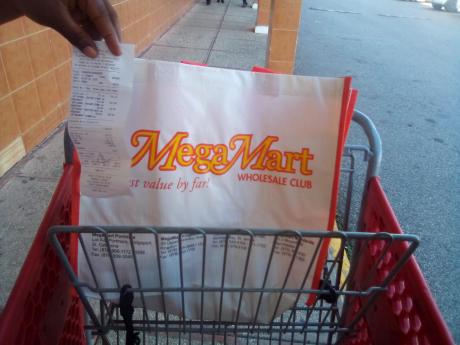 Christopher Thomas
A bag utilised by a MegaMart shopper in St James. 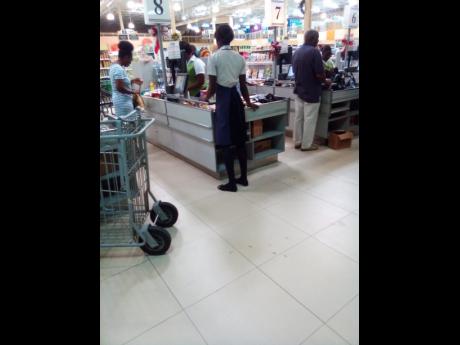 Residents and businesses in St James are giving mixed responses to the Government's ban on single-use plastic bags, with some practising or otherwise approving of the initiative and others believing that it has been too hastily implemented.

The ban, which came into effect on January 1, applies to plastic bags of dimensions 24"x24" and thickness of 1.2mils or less, disposable plastic straws, and styrofoam products. Breaches of the ban will incur fines of up to J$2 million.

The Gleaner paid a visit to food establishments in Montego Bay, the parish capital, yesterday, and noted that while some had alternative containers on hand for shoppers to carry their purchases, others were still using the plastic bags.

Two major supermarkets were found to have provided their own special bags, but the customers must purchase the bags in addition to their groceries.

"We don't carry plastic bags anymore, so we carry Hi-Lo bags for $250," a cashier at one Hi-Lo supermarket in the downtown business district told The Gleaner.

Tasha Gibbs-McClymont, a MegaMart shopper who had just completed an errand at the Catherine Hall-based establish-ment, said that her shopping bag's cost was not listed on her receipt.

"The bag is for J$54, but it's not there on the receipt. It might be that they collected it separately," Gibbs-McClymont commented.

"Since the ban just got implemented, they could have given us the bags until they got settled in."

Another supermarket was using plastic bags to pack groceries "until they (bags) are finished", while a gas station's convenience store was awaiting an order of paper bags.

Fruit vendor Delovan Daley decried the ban, while minister of religion Trevor Reid voiced his support for it.

"If you're going to ban a thing that people use to carry stuff, you have to put in something for the people's comfort. You can't just say, 'New way of doing things'," said Daley.

But in defending the ban, Reid said: "I support the ban because the cost of dealing with plastic is tremendous, and the powers that be have to take extreme measures."