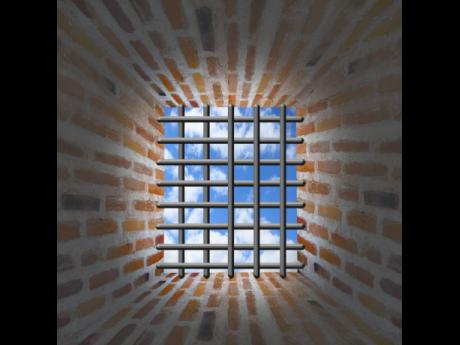 After 31 years behind bars without standing trial and having not entered a guilty plea for the murder charge levelled against him, 61-year-old Walter Blackstock is set to be a free man, following a declaration on Tuesday by Director of Public Prosecutions (DPP) Paula Llewellyn that her office will not be embarking on a trial of the matter given the circumstances.

Blackstock, an ex-policeman, was, in 1987, arrested and charged with the murder of a woman on October 21 in the year prior by using a hammer to bludgeon her.

At the time of his arrest, Blackstock was said to have been suffering from a mental illness believed to have been caused by a head injury sustained in a serious motor vehicle accident in December 1977 and so was initially deemed unfit to plead.

But according to documents presented to the court, subsequent psychiatric evaluations indicated that Blackstock was on at least three occasions found fit to plead. However, more than three decades later, the information had not been routed to the Office of the Director of Public Prosecutions for it to commence prosecution of the matter.

This prompted a petition to the governor general urging for Blackstock’s release by attorney-at-law and human rights activist Nancy Anderson, who believed that her client was being held at his pleasure.

In the petition, Blackstock noted that he was a member of the Jamaica Constabulary Force from 1975 until he was forced to resign in 1985 as a result of his mental illness. As a condition of his resignation, he noted in the petition, is monthly disability assistance from the Government.

He also denied killing the woman, saying, “I am very sorry for her death. She was a close family member of mine and a pleasant young lady. I maintain that I was not involved in her death.”

In response, the Office of the Governor General noted that Blackstock had not been convicted and, therefore, it could not take action, rerouting the matter to the courts for resolution.

During Tuesday’s hearing, the DPP said that she was prepared to enter a nolle prosequi for the matter, but a current psychiatric evaluation would need to be had in order to confirm Blackstock’s mental status, that is, if he is still fit to plead guilty and able to transition back into society without doing harm to himself and community.

She also said that the evaluation would also help his family and community members understand the circumstances and to assess if there is access to adequate mental-health treatment where he would reside with them.

Presiding judge Justice Sonya Wint-Blair agreed with the points raised by the DPP.

But Anderson argued that Blackstock has not displayed any action that would require him to see a psychiatrist.

It was revealed in a 2016 psychiatric evaluation that Blackstock was diagnosed with schizophrenia.

In the meantime, Blackstock was given his first taste of freedom when he was granted bail in the sum of $50,000 with surety pending a forensic psychiatric evaluation ordered by the court to determine his mental state.

Blackstock is expected to return to court on June 5 when the details of the evaluation will be revealed and his family informed as to whether he will be able to walk free.

Walter Blackstock’s case is a grim reminder of the Gleaner exposé on then 78-year-old Alfred Nettleford, also called Ivan Barrows, who was released in 2001 after spending nearly 30 years in prison without trial for breaking a window. Nettleford, a schizophrenic who was represented by Anderson, received a $9-million award from the court.