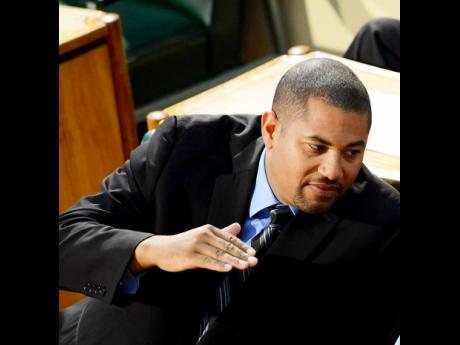 Parliament’s Public Adminis-tration and Appropriations Committee (PAAC) yesterday heard that a second household helper assigned to former Education Minister Ruel Reid was the recipient of contracts from the Caribbean Maritime University (CMU), raising more questions about the operations at the institution.

The committee heard that Maureen Blake, while still being paid by the Ministry of Education, was contracted by the CMU to provide services along with councillor for the Brown’s Town Division Kim Brown Lawrence and a St Ann company. Already linked to the CMU was another of Reid’s helpers, Doreen Miller, who was said to have received millions after payments by the CMU made to consultant Gail Dunwell Campbell were diverted to her.

PAAC member Mikael Phillips yesterday pressed CMU President Professor Fritz Pinnock on the issue and on the operations of a programme through which the institution targeted at-risk youth. CMU had partnered with the St Ann-based company, Optimum, to deliver the programme, while the university provided nutritional support, the curriculum, and certification.

“Optimum actually did the arrangements, but CMU paid the caterers,” said Pinnock.

Permanent Secretary Dr Grace McLean said that while she did not have all the details, there was a Maureen Blake who was employed by the ministry as Reid’s helper. She was unable to say whether the helper was engaged up until the point of Reid’s resignation from the ministry in March.

Phillips said that it was also of note that Baltree Investment Company Limited was incorporated one month after the last general election, with Reid listed as a director, along with former Munro College schoolmate Balford Peart, Carolyn Foster, and Sharon Thomas-Reid listed as directors.

At a previous PAAC sitting, Peart was linked to a $674,930 CMU payment towards a yacht party hosted in Reid’s honour.

“This is a cesspool! It stinks to high heavens! I cannot understand why people allow themselves to be nastied by this mess at CMU,” Phillips later told The Gleaner.

Questions had previously been raised about the contract with Othneil Lawrence, a former member of parliament for St Ann North Western who was engaged and paid millions to provide services for at-risk youth. To date, his expertise in the area has not been proven.