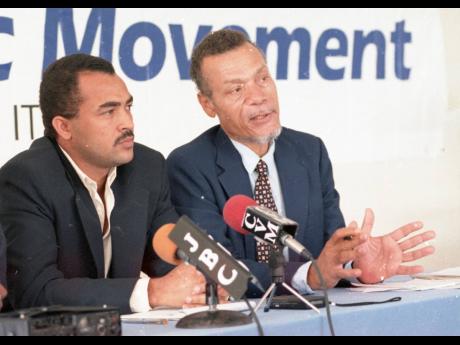 Brascoe Lee, the man who co-founded the National Democratic Movement (NDM) with Bobby Marsh in 1995, died yesterday after a short illness.

Lee, a former state minister in the Ministry of Agriculture and four-term member of parliament for South Trelawny, was among a long list of high-profile Labourites who left the Jamaica Labour Party (JLP) during the leadership of Edward Seaga.

Lee was a member of the ‘Western Eleven’, one of several political factions to have risen in the JLP in opposition to Seaga’s continued leadership.

Lee, along with Bruce Golding – who was invited to be the NDM’s first president – and Joan Gordon Webley, were among foundation members of the NDM, which contested its first general election in 1997. None of its candidates were successful in the election, and Golding and Gordon Webley would later return to the JLP.

In a statement yesterday, NDM President Peter Townsend said that Lee was one of three local politicians “who strongly believed that the political system was too self-serving and operated almost exclusively in the interest of the JLP and PNP and their ruling class instead of the people of Jamaica”.

The NDM hailed Brascoe as “bold, brave, and a man of action” and pledged to continue his dream of a new, different, and better Jamaica.

NDM chairman and friend Michael Williams said yesterday that Lee, who served as general secretary of the NDM for several years, had always been a futuristic thinker.

“He was part of the small group that brought together the hard-core policies and thinking of the NDM, and he remained true to them. He thought that Jamaica would do well with a hybrid of political ideologies representing the best of the United States and United Kingdom,” Williams told The Gleaner.

While Golding and Gordon Webley returned to the JLP, Lee returned to his first love of agriculture, working with farmers in his South Trelawny region, where he remained close to yam farmers and their concerns.

His Ram Goat Soup and Ram It Up Curry Booster were business ventures he began in 2017. The former MP was said to have exceeded US$400,000 worth of exports in 2016.