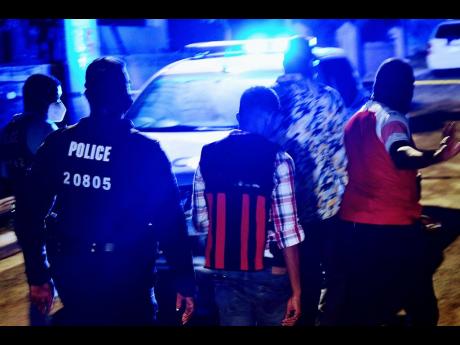 The serene community of Tryall Heights in Spanish Town, St Catherine, was torn by terror on Sunday as gunmen targeted a family about 4:30 p.m., killing them execution style.

There was maximum carnage and no mercy.

Having entered the home of 81-year-old Iciline McFarlane, sources report that the senior citizen was made to kneel and was shot dead before the killers trained their weapons on 10-year-old Christina McFarlane and her six-year-old sister, Mishane.

Both children were students of Spanish Town Primary School.

“Look how dem come and kill mi two pickney dem and I don’t know what fi do you,” the children’s father, whose name The Gleaner has not published because of security fears, said.

The children lived with their grandmother, who was affectionately called ‘Miss Icey, this newspaper understands.

Keisha Lewis, councillor of the Lauriston division, where the triple murder occurred, said the community was shaken by the tragedy and urged for new resolve against crime and violence.

“We have to revisit the community policing aspect of the thing, and more police need to be here as last week, one was murdered and now three more,” Lewis said.

The local government representative described the octogenarian as a peaceful person.

Murders in the St Catherine North Police Division have risen by 35 per cent to 107, from 79, year-on-year, up to November 15. Shootings are up almost 20 per cent.

Meanwhile, in the St Andrew South Police Division, a man was gunned down at his gate and two women shot and wounded during a drive-by incident on Fitzgerald Avenue in Whitfield Town.

The incident happened around 7 p.m. Sunday.

The dead man has since been identified as Nicholas Thompson, otherwise called ‘Sterro’ or ‘Choops’.

Two women, aged 20 and 33, were also shot and injured. They were being treated last night at the Kingston Public Hospital.

Reports are that a grey Toyota Axio with four men aboard drove up and opened fire.

“All four doors open and four men with matic (automatic guns) came out and started firing. The people get flat and who run, run. The lady with her baby was also shot and the baby drop,” a resident said.

Murders have fallen 15 per cent in St Andrew South this year.