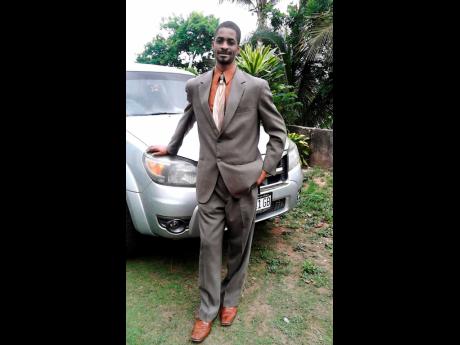 Residents of the New Town district in Hanover were jolted on Monday by the shock discovery of a beheaded pastor.

The minister of religion has been identified as 40-year-old Kenniffe Andre Reid, who is originally from Lucea, Hanover, but resides in St Catherine. He was reportedly last seen in New Town about 1:30 p.m. on Sunday after leaving the home of a church sister to clear a plot of land on which he intended to build a house.

When he did not return in the afternoon, the church sister made a report to the Sandy Bay police. She said she was told by the police that they could not act until 24 hours had passed.

On Monday morning, the church sister gathered a search party which found the pastor’s bag, a machete, and his water bottle in bushes. About half an hour later, they stumbled upon the headless body.

Latoya Reid, the pastor’s widow, said she last spoke to her husband on Friday.

“He informed me that he was going to travel to the community to attend to the land,” said the distraught wife. “... I still cannot believe that he is gone, and especially in such a manner.”

The Reverend Greville Rowe, pastor of Faith Anchor Ministries in Hopewell, Hanover, has known Reid since 2010 and considered him dedicated man of God.

“It comes as a shock to hear that there are persons out there who would readily attack a minister of religion, much less chop off his head,” said Rowe.

Residents of New Town said that Reid recently returned to the community to clear the property but found that someone had appeared to be preparing to commence construction on the land.

The death of the pastor is the second gruesome killing in Sandy Bay in the past two weeks.

The burnt body of 43-year-old Donald Oliver Mullings, a steelworker of Montpelier in the same community, was discovered in his motor vehicle on Sunday, February 28.

Mullings went missing on Tuesday, February 23, three days after his babymother died in hospital after giving birth to a daughter.