Spearfishing – a dance with danger 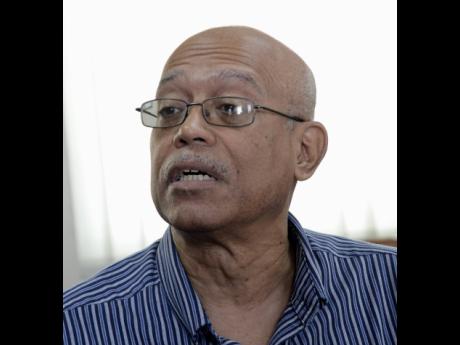 Seamen who spearfish have been warned of the danger of shark attacks, with a marine expert saying that traditional practices transform the hunters into bait.

But the rising concern over increased shark sightings in Jamaica’s territorial waters may be the result of the success of Jamaica’s 17 fish sanctuaries, which were introduced between 2018 and 2015.

“That is how it is in nature. When you have a lot of fish, you have an increase in the number of sharks,” said Dr Karl Aiken, retired senior lecturer in marine science.

Many spearfishers string along bleeding fish through the water or bundle them in tubing around them. But that only teases and tantalises sharks which have supersensitivity for scenting blood.

“Sharks around the world can detect one single red blood cell in one million gallons of seawater,” Aiken told The Gleaner.

Shark attacks in Jamaica are extremely rare, but Saturday’s death of 53-year-old Donovan Haywood, a Westmoreland fisherman, has brought renewed focus on the big fish of the sea.

The shark ripped off Haywood’s left arm and inflicted several bites to his upper body. He succumbed to his injuries.

Fishers only need a speargun, a mask, and a pair of slippers.

“Spearfishing is a very dangerous occupation, and I am recommending that fishermen dispose of the fish that they spear as quickly as possible to prevent themselves from being attacked. The safest way is to have a small boat or a floating object that they can put the fish in,” Aiken recommended.

Aiken is also urging fishers to be aware of their surroundings and to travel in large groups.

“We have had, surprisingly, two fatal attacks by sharks since the start of the year, and it’s not even the middle of the year yet,” he added.

In March, Michael Smith and Glen Bernard, two fishermen from Old Harbour, St Catherine, did not return from sea.

Remains and clothing identified to be Bernard’s were taken from the stomach of a shark caught in the vicinity of where the fishermen went missing.