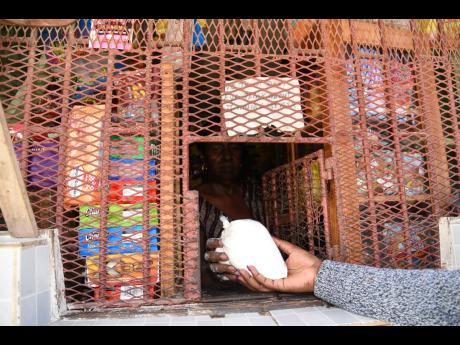 Off the back of a February increase, Jamaicans will have to fork out more money for flour and flour-based products.

The Jamaica Flour Mills announced on Sunday that flour prices will increase between eight and 11 per cent. The increase will take effect today.

In February, the price of counter flour, the most widely used type in households, jumped by as much as 14 per cent. High-gluten bakery flour climbed by almost nine per cent.

The flour producer, in a newspaper advertisement, in seeking to explain the increase, said grain has been hit by unprecedented price spikes, with corn rising in excess of 46 per cent.

Soy, it said, increased by more than 18 per cent.

Wheat, which is used by Jamaica Flour Mills in all categories of flour, bakery mixes, and wheat by-products, has increased by more than 28 per cent.

Jamaica Flour Mills also pointed to increases in oil prices as well as the slippage of the Jamaican dollar as reasons for the increase.

“These costs are further affected locally by the decline in foreign exchange rates, which have moved by more than five per cent since January to April of this year, in respect of the US dollar, as all imported inputs, raw materials, and freight are billed and payable in US dollars,” the flour producer stated.

The Consumer Affairs Commission published data on April 16 showing that 1kg of counter flour was being sold for a high of $132 and as low as $92.40 across Trelawny and St Thomas.

In the Corporate Area, counter flour was being sold in supermarkets at a high of $128 per kilogram and a low of $85.14 per kilogram.