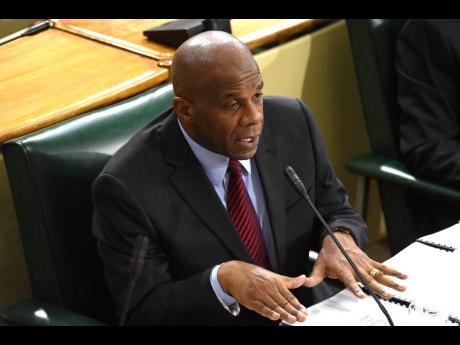 Senior officers who presided over the $46.8-million contract awarded to Rahim’s Cleaning and Trucking Limited to clean and sanitise eight locations in Ocho Rios, St Ann, last March have come in for sharp criticism in a revealing audit obtained by...

Senior officers who presided over the $46.8-million contract awarded to Rahim’s Cleaning and Trucking Limited to clean and sanitise eight locations in Ocho Rios, St Ann, last March have come in for sharp criticism in a revealing audit obtained by The Gleaner.

The chief internal auditor at the Ministry of Local Government and Rural Development reported that there was “very little answerability for amounts committed and expended, hence accountable and accounting officers are not frugal”.

Further, the auditor charged that the necessary prudence was not done to lessen risks and ensure that the corporation received quality service at competitive cost.

“The municipal corporation was not meticulous in executing its fiduciary duties,” the audit declared.

The Gleaner obtained a copy of the audit through an Access to Information request.

It was highlighted that the St Ann Municipal Corporation also committed funds for the anti-coronavirus sanitisation of private properties such as Island Village and the Ocho Rios Town Centre in a private plaza.

The auditor reported that $1.5 million was committed to supply three weeks of approved disinfecting solution to the municipal police along Main Street, Ocho Rios. However, there was no mention of the quality or the price per unit to establish the amount to be paid.

As part of the contract, Rahim’s Cleaning and Trucking Limited was also required to provide “knowledge-based material brochures and posters” at a cost of $650,000. The brochures and posters were to have been distributed by the municipal personnel and placed in heavily affected areas.

“It is unclear as to why a sanitisation company would be contracted to provide printed materials,” the auditor observed, adding that the number of posters and printed material was not specified.

Additionally, the audit stated that the Ministry of Health and Wellness had been promoting alternatives to issuing and using paper-based products.

And the audit found that Rahim’s Cleaning and Trucking was owed an additional sum of $732,275 for work done at White River. The amount was not included in the agreement, according to the audit.

However, the municipality stated that the “claim be made when funding is received”. The amount was determined by multiplying the quantity 292.91 metres by $2,500 - the rate charged.

The audit stated that the St Ann Municipal Corporation was indebted to Rahim’s Cleaning and Trucking as the corporation’s Roads and Works Department certified that work had bee satisfactorily performed based on the agreed contract.

Permanent Secretary in the Ministry of Local Government and Rural Development, Marsha Henry-Martin, has submitted the findings of the audit to Jamaica’s anti-corruption oversight body, the Integrity Commission, “to give an opinion on the matter”.

On June 13 last year, Integrity Commission investigators swooped down on the offices of the St Ann Municipal Corporation, seizing documents and computers as controversy swirled over the multimillion-dollar Ocho Rios sanitisation contract.

Greg Christie, executive director of the Integrity Commission, said in March that the corruption watchdog would utilise a special mechanism in the legislation governing the agency to table in Parliament an interim special report on its heightened contract-monitoring initiatives and operations during the COVID-19 pandemic.