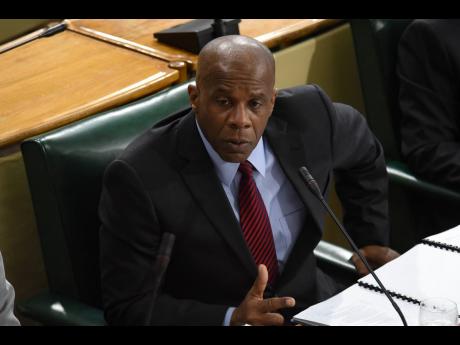 Jamaica’s anti-corruption oversight body has recommended that parliamentarians and government officials be required to declare a raft of other financial assets as part of their statutory declarations to the Integrity Commission.

In its annual report, which was tabled in Parliament on Tuesday, the corruption watchdog proposed that lawmakers and designated government officials disclose other financial assets such as cryptocurrency and digital currency.

The Integrity Commission also wants parliamentarians and other government officials to submit financial statements related to companies for which they are beneficial owners.

Further, the commission has recommended that declarants submit information pertaining to the cost of property improvement, trust property, and blind trusts, government contracts or subcontracts, board memberships, and whether the declarant is a politically exposed person.

The commission said that at the time of preparing its annual report, its recommendations were being considered by the Cabinet.

Commenting on the process of vetting statutory declarations, the oversight body pointed out that the Third Schedule in the Integrity Commission Act, 2017, is the commission’s primary data-collection tool that aids with the determination of a declarant’s net worth in order to ensure that any growth in assets is sufficiently supported by legitimate income.

According to the anti-corruption agency, the legitimacy of the assets and income declared by declarants must be validated by the commission’s research and third-party verification processes, in the first instance, to ensure that there is no concealment of material information.

In effect, the true and complete disclosures made by declarants, coupled with the commission’s research and third-party verifications, will inform its analysis and consequent findings.

The commission states that it must ensure that there is no illicit enrichment prior to certifying a statutory declaration.

In an effort to bolster its capability to fight corruption, the oversight body wants the Integrity Commission to be named a designated person to whom communication data may be disclosed by a telecommunications provider in instances where there are reasonable grounds for believing that the subscriber to the telecommunications service is the subject of an investigation in connection with an offence.

“It is recommended, therefore, that the Integrity Commission is included as a designated person, pursuant to Section 16 of the Interception of Communications Act, who may require data for the purpose of investigating a person suspected of committing an offence under the Integrity Commission Act and/or the Corruption Prevention Act,” the agency stated in its annual report.

In another far-reaching proposal to fight corruption, the commission recommended that the Government consider adopting legislation similar to the United Kingdom’s Bribery Act, 2010.

In this regard, it is suggested that a strict liability offence be created for failure of a commercial organisation to take preventative steps to guard against bribery involving its officials or any party acting on its behalf. This would result in tough criminal and civil sanctions being imposed upon private-sector entities for the bribery of public officials and/or any other person.

On the vexed issue of the so-called gag order imposed on the corruption watchdog to keep the public body silent when conducting an investigation, the commission has reiterated its call for prohibition to be removed.