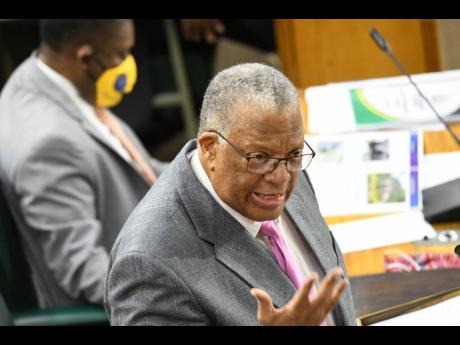 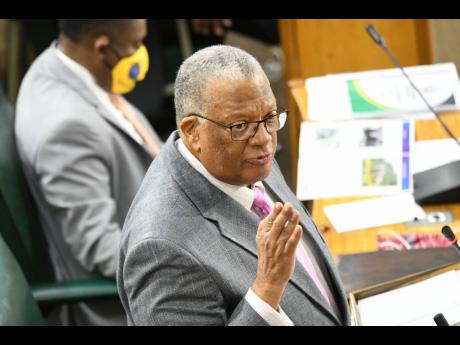 Dr Peter Phillips, a former opposition leader, and his family had assets valued at approximately $150 million for 2020, an increase of just seven per cent over the previous year, according to a summary of his statutory declaration.

But there is a major recovery for his US assets, which plummeted in 2019.

The Integrity Commission released the details in accordance with its legislation on June 24. The law requires the publication of the financials of the opposition leader and the prime minister.

The report covers the period January 1, 2020, to September 3, 2020, the day before Phillips announced his resignation as opposition leader and president of the People’s National Party.

The party suffered a heavy loss in the September 3, 2020, general election.

Chairman of the Integrity Commission, retired Justice Seymour Panton, said the declaration was examined, not audited, and that it “appears that the declaration has been duly completed in accordance with the provisions of the act”.

The document released reflected a summary of the income, assets, and liabilities of Phillips, his wife, and his children.

Phillips is married to Sandra Minott-Phillips of the law firm Myers, Fletcher & Gordon, and has four sons – Mikael, who is a Member of Parliament, along with David, Luke, and Jacob. He also has two daughters, Tsahai and Ruth.

Approximately $16.9 million in income was declared and $55.4 million in total assets. There were no liabilities denominated in Jamaican dollars.

A real estate asset was declared at $3.6 million but with a market value of $60 million, the same as the last report. A category called ‘other personal property’ was valued at $167,000.

There were also no US-denominated liabilities for the Phillips family.

Phillips’ declaration comes as speculation grows among the 84 parliamentarians over which two of them are being investigated by the Integrity Commission for illicit enrichment, an offence committed when the official is unable to satisfactorily explain his/her wealth.

Two other lawmakers have also been referred for prosecution for submitting false information on their income and assets.

Phillips has declared that he is not aware of any probe involving him, a status now buttressed by the clearance of his latest declaration from the commission’s chairman.

Phillips, 71, disclosed in 2020 that he was diagnosed with stage three colon cancer. However, he said he was in full recovery mode even while he continued treatment, which included chemotherapy.