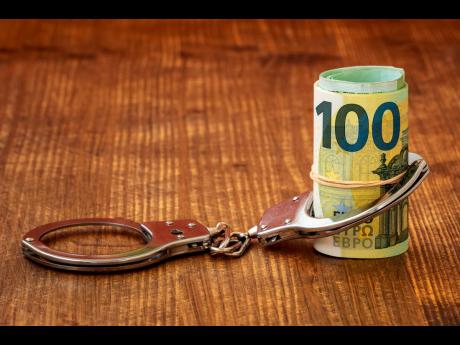 In this latest scam, men pose as females on the social media platform Instagram with the aim of “flipping cash” from strange men seeking company 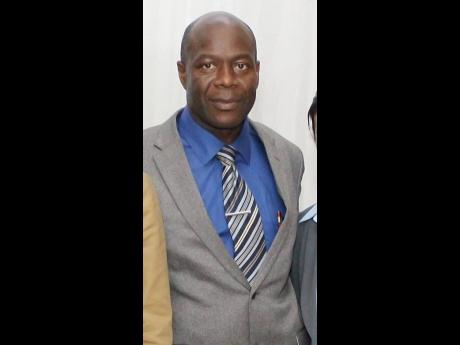 There is no room for remorse if you are a Jamaican scammer. On the best days, such feelings could jeopardise one’s loot, while on the worse, it may cause a slip-up that ends in a prison sentence or death.

That’s the resolve of some scammers who have made the illicit trade their livelihood.

Take, for instance, Shawn Edwards*, a 32-year-old father who, unlike the deadly gun-swingers embroiled in lottery scamming in the west, poses as females on the social media platform Instagram with the aim of “flipping cash” from strange men seeking company. All from an electronic device in Kingston.

The online ‘flip cash’ racket has been around for years, and involves enticing unsuspecting ‘clients’ with promises of greater sums if they part ways with small amounts of cash and their bank account details.

Invariably, these larger sums rarely ever come, replaced instead by repeated excuses from the scammers and instructions that ultimately demand that clients send more money for their supposed rewards. In some cases, victims never hear from their scammers again.

Usually, the money scammed is minuscule, the promise of turning US$50 into US$500, for example. But sleuths tracking the practice in the United States have warned of potential links with money-laundering and other organised financial crimes within and outside of that country.

On the ground, Jamaica seems to be catching on, especially now that the COVID-19 pandemic has forced the majority of the world into the virtual space.

In spite of their strong homophobia, scammers in this ‘flip cash’ scheme are willing to tolerate nude photos from other men as they pose as lustful young women to swindle a bounty.

It’s just part of the game, said Edwards, “you just have to make them feel comfortable”.

He explains the scam.

“Flip cash would come in like a partner – you tell dem that if dem invest even $50, they are going to get back $500 or so. But you have to try to make them feel comfortable. It is like catfishing, where the man dem use some pretty girls pictures off the internet to create profiles,” stated Edwards, whose introduction to the crime came three years ago.

He continued, “To how you have some of them, you can charge them hundreds of dollars over and over. You just have to come up with a new fee.

“Man love pretty girls and will do anything. Sometimes, I’m not going to lie, man send me all nude pictures, but we can’t watch that, a work we a work,” he snubbed, one of the few times appearing embarrassed during The Sunday Gleaner interview.

The ‘flip cash’ scheme is not fast but sometimes scammers get “lucky, and when that happens you have to think of victims like slave drivers, because we only do the same things dem use to do we ancestors back in the day”, Edwards reasoned, adding that his targets are usually wealthy men in the United States, Canada, and the United Kingdom.

With more than one ‘client’, the small sums add up, he added.

Head of the Counter-Terrorism and Organised Crime (C-TOC), Superintendent Anthony McLaughlin, confirmed that ‘flip cash’ and other scams like it have flashed up on police radar but could not speak to the proliferation of that particular crime in the country.

He noted, however, that from cellular phones to motorbikes, Instagram is among the main online platforms being used to fleece individuals of millions of dollars locally. The police are making headway, but it is for victims to try to avoid these schemes as best as possible, he explained.

“There is one now that is very frequent where people advertise things on Instagram – phones, motorbikes, cars – and then persons are asked to make a deposit to pay for it. There are even instances where persons actually go and look at the items and when they put the money in the bank, the scammer changes his account, and apparently where, in one instance, the bike was viewed was not where the guy was living,” said the senior policeman, reiterating the point he made earlier this year that online scamming has ballooned since the COVID-19 pandemic.

“There are cases involving cellular phones where they send you a bank account number and once you lodge the money to the account, you just upload the receipt and send it to them. Invariably, once you do that they block you (victims) or keep delaying the delivery of the phone,” continued McLaughlin, warning individuals to remain resolute online.

There are also cases involving university students, duped by persons online with promises of tuition payments, once a small sum and their account details are passed on to the perpetrators. These tuitions never get paid.

‘Flip cash’ is but one of the means by which Edwards and his friends fleece unsuspecting targets online. They have no qualms about dabbling into lottery scamming as well, revealing a ‘lead sheet’ with the names, addresses and social security numbers of more than 5,000 names of US citizens. Credit card fraud is also not far from their purview, he said.

McLaughlin could not immediately provide statistics on online fraud cases last week, but according to former prosecutor at the Half-Way Tree Resident Magistrate’s Court, Ruel Gibson, it is oftentimes extremely difficult to investigate and prosecute such criminals.

“No matter the scheme, it is still obtaining money by false pretence. You are making yourself out to be someone to the victims that you are not. The platform really doesn’t matter. It would be a crime under the Larceny Act, Section 35, and also under the Law Reform Fraudulent Transaction (Lottery Scamming Act) (Section three),” charged Gibson, noting that while the crime of obtaining money by false pretence is common, the use of social media to do it is not so much.

“Those cases (social media-based) are difficult to prosecute because it is usually difficult to find who is behind it. Even though persons may be charged, the cases may have been thrown out because tracing the computers and the IP address and all of that can be very difficult,” he explained.

For now, however, Edwards smiles unbothered by his unlawful dealings.