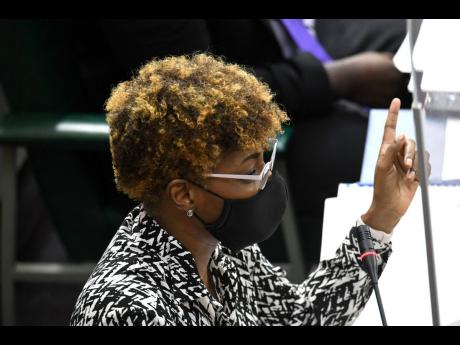 Auditor General Pamela Monroe Ellis has raised questions about a decision by the Ministry of Education, Youth and Information to slash subvention in half to Nutrition Products Limited (NPL) and divert funds to schools while retaining the entire staff of the public body.

In conducting the performance audit of the public body, the auditor general sought to determine whether NPL was managing its resources to provide meals to schools in keeping with its mandate.

Senior technocrats from the ministry told auditors from the Auditor General’s Department that based on consultation with school representatives, they received complaints regarding the quality of NPL’s products.

Further, an assessment showed that most schools served by NPL have canteens. On this basis, the ministry reduced NPL’s subvention, lessened the schools under NPL’s programme, and, instead, increased the number of students and cooks in schools, which fall under the cooked-lunch programme. This resulted in increased funding to schools.

However, after slashing NPL’s subvention in half and diverting the funds to the schools, the ministry retained the staff cohort of NPL.

In providing the rationale for reducing NPL’s subvention, the Ministry of Education indicated that “there were widespread complaints regarding the products that were being distributed to schools by the NPL”.

However, the auditor general said she saw no evidence that the ministry met with NPL with the aim of assessing the complaints received from the schools and assessing NPL’s performance.

“We expected that the ministry, in receiving the complaints, would have reviewed the performance and management structure of NPL to determine whether the management cohort had the requisite skill set and experience to achieve the objectives of NPL,” the report said.

The auditor general also said that NPL did not provide evidence that it assessed the cost effectiveness of closing its St Mary and Westmoreland plants with a view to determining whether there would be any cost savings on the overall operation of NPL.

Monroe Ellis also revealed that NPL reported zero production output in the 2018-19 school year at its Westmoreland plant, which has 33 production workers on staff who were not gainfully employed but were paid $19.6 million between April 2018 to March 2019.

The auditor general described as ineffective the board and Ministry of Education’s oversight of the NPL.