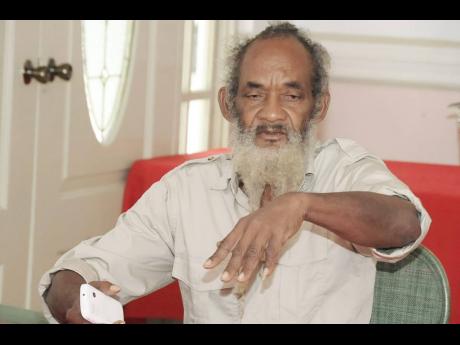 With Prime Minister Andrew Holness hinting that mandatory COVID-19 vaccination could be on the horizon amid substantial local hesitancy to the jab, the Rastafarian community says such a move would be a breach of their religious and indigenous rights and will be stoutly resisted.

“We are not comfortable with what we are hearing as it relates to forcing people to take the vaccine,” said Rastafarian elder Ras Iyah, a respected voice for Rastafari on the global stage. As Rastafari, we are opposed to vaccination, and trying to force us to take it will be a breach of our fundamental rights and religious freedom.”

After scoffing at mandatory vaccination in the initial stages of the pandemic, Holness appears to be changing his stance as he recently defended employers’ right to create vaccination policies, which could force persons opposed to the ‘jab’ out of the nation’s workforce.

With several international conventions, including measures crafted by the United Nations, making it unlawful to breach the religious rights and fundamental freedoms of indigenous people, Iyah V believes Rastafarians stand on solid grounds in their defiant stance against mandatory vaccination.

“We are not talking about rights that we have created. We are talking about universally accepted rights, which were established to protect the rights of people all over the world,” said Iyah V. “It is against that background that I am urging the Government to tread carefully on this one.”

While Rastafarians are generally not in support of vaccines, preferring to utilise folk medicines, which have been passed down from generation to generation, Iyah V says he is particularly concerned about the COVID-19 vaccines, which he believes were hastily created without extensive trials, unlike vaccines of former times.

“These vaccines have not undergone any extensive trials, and what is now happening could well be a part of that testing… no one knows the likely effect it is going to have on people in the years to come because that information can only come through substantial testing,” said Iyah V.

He says any attempt to force Rastafarians to take the vaccination could result in a situation similar to the infamous 1963 Coral Gardens incident. In the incident, several police officers and Rastafarians were killed in a bloody confrontation.

“It would be a most unfortunate situation because while we prefer to be at peace, we are not prepared to stand by and watch our rights violated … . We believe our rights are sacred, and we are prepared to defend those rights,” said Iyah V.

The Rastafarian elder is also wary of the fact that if the police and military are used by the Government to enforce its mandate, it could fracture the relationship that the police and the Rastafarian have worked hard to build in the 58 years since the Coral Gardens incident.

“We are finally having a good relationship with the police … . We had the Commissioner of Police, Brigadier General Antony Anderson, and the St James commander, Senior Superintendent Vernon Ellis, visiting us at the Nyahbingi Centre in Pitfour (Granville, St James), and it was a great experience,” said Iyah V. “We see where we can forge common ground with the police for our mutual benefit ,and we don’t want this unwarranted mandatory vaccination to put us at odds again.”

Iyah V is also worried that using the police and the military to enforce the vaccination mandate could create family conflict because security personnel are members of the wider Jamaican family.

While the Government’s position on mandatory vaccination appears to be strengthening, the Holness administration has not suggested that Jamaicans would be physically forced to take the jab.