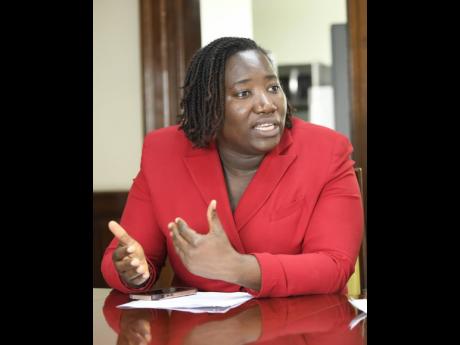 WESTERN BUREAU: The Jamaica AIDS Support for Life (JASL) is planning to step up its advocacy for the police force and the army to discontinue their practice of asking applicants to take HIV tests even as it pushes for other organisations to stop...

The Jamaica AIDS Support for Life (JASL) is planning to step up its advocacy for the police force and the army to discontinue their practice of asking applicants to take HIV tests even as it pushes for other organisations to stop discriminating against employees with the virus.

Potential police recruits are required to meet the force’s medical and psychological standards and be physically fit and healthy. HIV tests are part of the medical examination.

The army’s website lists HIV among the medical ailments, which will prevent prospective recruits from enlisting.

“For the Jamaica Constabulary Force (JCF) and the Jamaica Defence Force (JDF), they still require persons to do an HIV test for employment. From where I sit, I do not think we have been agitating as hard as we should be for the JCF and JDF, [and] I think because of the role that these institutions play in society, we are kind of a little ‘coward’,” JASL Executive Director Kandasi Levermore said during a Gleaner Editors’ Forum on Wednesday.

“It has been a while since we have gone to the JCF and JDF and said, ‘Explain this to me one more time, please, to see if there’s any merit because I don’t believe there’s any merit’,” she said at the forum hosted ahead of the December 1 celebration of World AIDS Day.

Turning to workplace discrimination against HIV-positive persons in the wider society, Levermore called for policies to protect workers’ right to their jobs.

“We still have persons coming to us complaining that once their HIV status became known in their workplace, they either suffered great discrimination or they (employers) made the persons resign,” she said, calling for public and private-sector entities to craft policies that remove the stigma and discrimination among all groups, including people living with HIV.

Joan Stephen, a community facilitator for the Jamaican Network of Seropositives, said that she was aware of reports of HIV-positive persons hiding their status from their bosses for fear of dismissal.

“There are persons who are HIV-positive and are working because others are not aware of this fact, [and] there are so many fears out there. There has to be something where you use a platform ... every now and again to bring on somebody like me or anybody else who is willing to speak out and to give people that empathy,” said Stephen, who is HIV-positive.

When contacted, the Private Sector Organisation of Jamaica told The Gleaner that there was no blanket policy among members asking for HIV testing for employees in the interest of non-discrimination, although it was unable to identify any specific advocacy policy that it or its members may have developed in recent years concerning the treatment of HIV-positive workers.