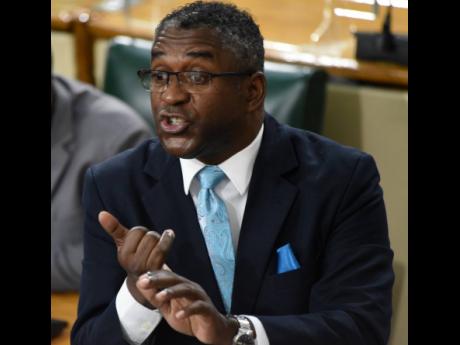 Government Senator Kavan Gayle has urged the administration to amend a number of labour-related pieces of legislation and establish an unemployment insurance scheme, based on the lived experiences of Jamaicans since the onset of COVID-19.

In an effort to reduce the spread of the virus, thousands of Jamaicans in the public and private sectors have been engaged in work-from-home arrangements since 2020.

Gayle commended the Government for promoting remote work but said adjustments must be made to The Employment (Flexible Work Arrangements) (Miscellaneous Provisions) Act which was passed in 2014.

He reasoned that when the legislation was passed, it was not accompanied by guidelines to help employers with implementation.

“We need to establish a written policy document for flexible work arrangements that further supports the intent of the already enacted legislation and it should be clear about expectations for all stakeholders, once the arrangements are engaged within the workplace,” the senator recommended during Friday’s State of the Nation Debate.

He said that there must also be proper channels to ensure communication between employees and employers about the possibilities for flexible work arrangements.

“It is important that we develop a legislative code of practice to guide both employers and employees around flexible work arrangements,” said Gayle, who is also president of the Bustamante Industrial Trade Union.

Meanwhile, Gayle explained that many Jamaicans have been laid off during the pandemic because of the financial downturn, some in excess of 120 days.

He said many employees opted to remain laid off until business returned to normal, as opposed to being made redundant.

“Some of them had to deplete their own personal savings and assets in order to survive. We need a system that acts as an automatic stabiliser by supporting spending power during periods of personal challenge or national economic downturn. Such a scheme would guarantee an appropriate level of income during the period of unemployment,” Gayle said.

He added that there is no secret that unemployment is one of the main factors that contribute to income insecurity and it can also lead to poverty.

Further, Gayle reasoned that The Employment Termination and Redundancy Payments Act should be amended to determine a criterion for the selection of employees in redundancy exercises, to replace the “willy-nilly” and “the last in, first out” approaches.

The experienced trade unionist said there also needs to be improved consultation between employers and employees.

“We need to define in the legislation a period for proper consultation between the workers and the employer. Such a consultation can make drastic changes as to how we can improve and save the working lives of individuals,” Gayle said.

Another “glaring” issue Gayle raised was that of fixed term contracts, which he described as a “precarious nature of work”.

He said its history started out with five- and three-year contracts, but he has seen many instances where Jamaicans have been issued one-month and three-months contracts.

“The time has come for us to make some critical legislative changes in terms of protecting this precarious nature of employment. How can you have a worker, who for many years you keep rolling over that contract and they are working in a permanent role within the organisation and they continue to have this unfair and unreasonable treatment? That level of insecurity needs to be removed from the labour force,” Gayle lamented.