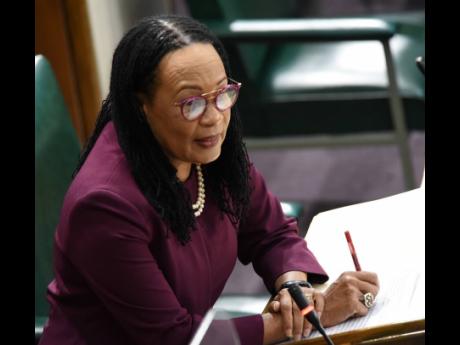 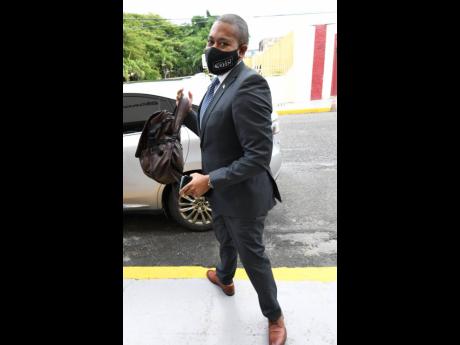 The recall of Floyd Green to the Cabinet without any conclusive pronouncement by the police on the alleged no-movement day violation over which he resigned his portfolio as minister of agriculture and fisheries sends a very dangerous signal to the general population that it is okay to break the law without fear of sanctions, if you are in a position of power, according to Opposition Senator Donna Scott-Mottley.

Last September, a video emerged on social media showing Green along with Jamaica Labour Party councillor for the Mona division in the Kingston and St Andrew Municipal Corporation, Andrew Bellamy, in a festive mood, seemingly enjoying themselves at a birthday celebration at the R Hotel in New Kingston on a no-movement day, which was part of the containment measures implemented by the Government to contain the spread of COVID-19.

Green, who is the member of parliament for St Elizabeth South Western, subsequently resigned his ministerial portfolio but was returned as a minister without portfolio in the Office of the Prime Minister, during the recent Cabinet reshuffle by Prime Minister Andrew Holness. For Scott-Mottley, his return to the Cabinet under the circumstances flies in the face of good governance.

“What is concerning to me is how the issue was handled,” she told the Senate on Friday. “When that video surfaced and that group of persons was mocking those of us who were being obedient and obeying the law, it was a very hurtful thing and people asking the question, ‘You lay down the law and then you break it’?”

In comparing the treatment of Green’s case with that of two sisters as well as a young man who were prosecuted for breaches of the Disaster Risk Management Act (DRMA), the attorney-at-law accused the authorities of giving the parliamentarian preferential treatment.

“My actual disquiet is the fact that we have heard nothing about the case. It is as if nobody has been charged,” she argued, pointing out that the way the matter has been handled by the Office of the Director of Public Prosecution, as well as the police who should have been investigating the matter, sends a very dangerous message.

“Parliamentarians are being told they can do anything under the DRMA and even play football if they want. I contrast this with the story of two sisters in St Thomas apprehended under the DRMA, Racquel Williams and Kadean Nelson, who were fined $200,000 or 30 days in jail for not wearing a mask.”

Scott-Mottley, who was making her presentation to the State of the Nation Debate, went on to explain that the sisters had just come from an upstairs building where they had gone to have their eyebrows done and pictures taken and had not yet put back on their masks. However, as soon as they saw the police, they did attempt to do so.

“They were taken into custody and kept at the Morant Bay Police Station. They say that their night was like 15 hours in hell; sharing space with roaches and their slippers on the ground were toys for the rats.”

Also recounting a video shot by the Jamaica Constabulary Force showing a young man who had earlier railed against Holness regarding the COVID-19 containment measures and which was carried on social media, the senator pointed out that after being told what to wear, in the confines of his home, the young man was videotaped and it was posted on social media for all the world to see.

“He enjoyed no right to privacy and not even his dignity was observed or preserved. So people who are looking on don’t feel that you have to obey the rules either because they say, ‘Is so the thing set’ and so there is just a general breakdown of the morals and morale of persons.”

The senator went on to recount the case of 19-year-old Rastafarian Nzinga King, whose locks were allegedly trimmed while in police custody in July last year and which both the Prime Minister Andrew Holness and Police Commissioner Major General Antony Anderson had promised would be investigated.

“The public cannot get a response to what has happened, what are the findings against Nzinga? We want that report and people are looking on and the local and international community are taking note,” she observed.