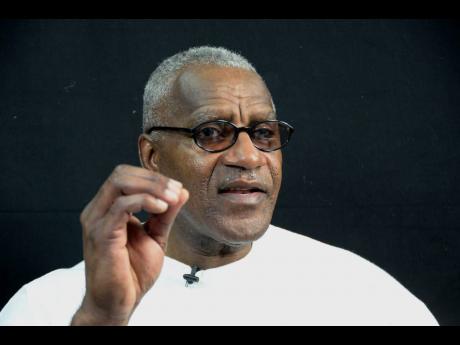 After spending 22 years in prison in the United States because he was wrongfully extradited in 1991, Richard ‘Storyteller’ Morrison says that since his return home, he has been facing “a whole heap” of injustice.

“Right now, I am basically penniless and have to depend on relatives to help me,” he told The Sunday Gleaner last week.

“Although I will never recover from the ordeal abroad, I cannot understand why I still have to be fighting the Government to be adequately compensated for my sufferings,” he lamented.

Last February, the Supreme Court awarded Morrison $3 million, but he said the meagre sum cannot compensate for the living hell he went through.

He filed an appeal against the award last May, but checks at the Court of Appeal registry last week revealed that the notes of evidence had not yet been received from the Supreme Court.

Morrison, who has been defending himself in the legal battle, said that he wrote to Chief Justice Bryan Sykes, Justice Minister Delroy Chuck and Public Defender Arlene Harrison-Henry early last year as he sought to secure the notes of evidence, but he has not received a response.

“I cannot afford to pay a lawyer to represent me and so I have to be preparing the case myself, so at least I should not have to face struggle and stress to get the notes to pursue my appeal,” he said.

“I suffered a stroke in 2017 all because of the ordeal and I have not fully recovered,” he said.

He is contending in the grounds of appeal that the violation was done in breach of the Extradition Act and the Constitution, pushing to have the award significantly increased.

An alleged member of the Shower Posse Gang, Morrison was handed over to the United States authorities while an appeal was pending against his extradition order. The offences for which he was indicted were thrown out for lack evidence. He was then tried and convicted for offences for which he was not extradited. He spent 22 years in prison and was deported back to the island in 2013.

Morrison filed a negligence claim against the Government, which had accepted liability, in 2013 after negotiations over compensation fell through. The matter was set for assessment of damages, and following a hearing, Justice Dale Palmer made an award of $3 million.

Morrison had been seeking $30 million for breach of his constitutional rights and negligence.

“I did not benefit from the correction in relation to my case because I had to serve the remainder of the illegal sentence,” the 65-year-old St Andrew resident said.

“If the breach was so serious that it had to be suspended, then why can’t I be adequately compensated for the hell I went through and [I’m] still going through to this day? I [have] now come to the conclusion that the Government does not care about me because I should not have to be fighting a legal battle to be adequately compensated,” he stressed.

“I am hoping that the newly appointed attorney general will take a fresh look at the case and advise the Government according to law because I was extradited illegally, without evidence, which is in breach of the Extradition Act and violation of my constitutional rights,” he contended. “Integrity is doing the right thing when no one is looking, but in this case, the public is watching.”