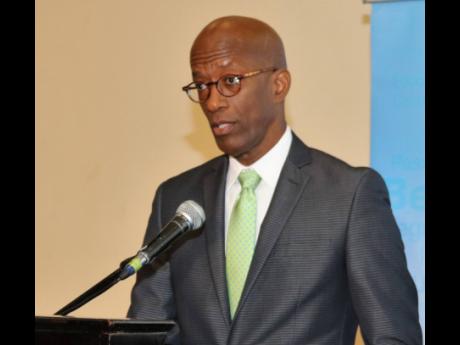 Industry players are hoping for strong action after tests on illegally imported brown sugar seized by the Jamaica Customs Agency (JCA) have proven that it was not produced by either of the island’s two sugar factories. The illicit trade, they...

Industry players are hoping for strong action after tests on illegally imported brown sugar seized by the Jamaica Customs Agency (JCA) have proven that it was not produced by either of the island's two sugar factories. The illicit trade, they insist, could sound the death knell for the local sector if allowed to continue.

The Sugar Industry Authority (SIA), the state body authorised to issue permits for the importation of brown sugar for domestic consumption, has confirmed that it had received and tested samples of the sugar, with the results showing that it was not manufactured at either the Worthy Park Estate in St Catherine or Frome Sugar Factory in Westmoreland – the two local producers.

“Right, that's correct,” SIA Chairman Clement 'Jimmy' Lawrence confirmed when pressed by The Gleaner yesterday after local industry stakeholders blew the whistle in a Sunday Gleaner advertisement on the weekend.

“We are the competent agency to make that determination, so we have done that,” added Lawrence.

Additionally, the SIA has also not granted permission to any person or entity to import brown sugar into the island.

Noting that any illicit commercial handling of sugar could negatively impact commerce and the economy, Lawrence said that the matter was now with the police, Jamaica Customs or whichever other government agency charged with investigating further or prosecuting the offenders.

A well-placed source in the sugar industry told The Gleaner that based on certain characteristics of the samples, there was no doubt that the tested sugar was proven to be manufactured overseas.

However, he said there was no cause for celebration as yet since industry players have been crying about the unfair practice for years without any action.

“Is it that these guys have influence and are able to wave money and shut down action?” he asked.

Meanwhile, former All-Island Cane Farmers' Association Chairman Ambassador Derick Heaven believes that the Government could be losing some billions in import duties as a result of the illicit practice. He accused lawmakers from both sides of the aisle of ignoring the problem.

“The average consumption of brown sugar in Jamaica is about 70,000 tonnes per annum. The local manufacturers of brown sugar between the factories produce about half that. Yet, miraculously, there is no shortage of sugar,” he said, noting that the illegal importation has been happening for some time.

Heaven noted that while the illegal trade is becoming more evident in Jamaica, it is a widespread CARICOM issue, saying that other regional governments were also complicit in their failure to impose duties of up to 40 per cent on imported sugar.

“Whoever these people are who are bringing in the sugar illicitly – and it doesn't seem as if it is a lot of people – it must be a lot of people who are getting very rich because the estimate is that the importation of the illicit sugar, the duty alone on it could in the region of $2 billion per annum. All of that money is supposed to go to the government coffers, via the authority which the Government, under the Sugar Industry Control Act, has in place to issue permits for the importation of sugar,” he said.

“And the SIA has not received any requests for imports from anybody and this has been going for quite a few years now.”

“It has to be investigated and arrested immediately,” he said.

In a press advertisement on Sunday, the Sugar Manufacturing Corporation of Jamaica, which represents local manufacturers, warned that the conditions under which the imported sugar is being packaged for resale posed a potential threat to public health and safety.

“There is no assurance that this sugar has not been adulterated in any way and prepared in sanitary conditions or if it is even 'Jamaican sugar'. This type of unlabelled sugar is not traceable,” it said, noting that the illicit trade could be a direct threat to the survival of the local sugar industry and the cane farmers and rural communities depending on the industry.