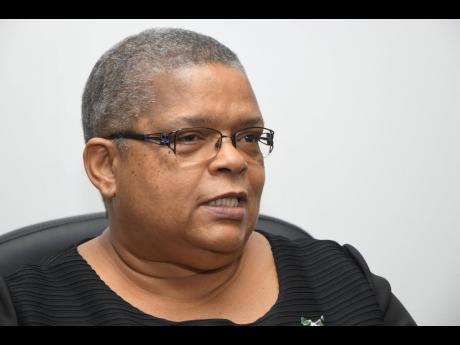 Carol Palmer, permanent secretary in the Ministry of Science, Energy and Technology, affirmed yesterday that no public sector worker can spend the Government’s – or taxpayers’ – money at will.

Taking the stand in the ongoing fraud trial of former Petrojam Board Chairman Dr Perceval Bahado-Singh and former Petrojam General Manager Floyd Grindley yesterday, she said that approval for travel expenses can only be given by the Ministry of Finance and the Public Service, adding that all voyages had to be approved.

Bahado-Singh is alleged to have submitted claims amounting to US$73,620, between December 2016 and May 2018, for overseas travel he did not make, while Grindley is alleged to have aided and abetted the then chairman in that process.

Bahado-Singh lived in the United States, where he was a full-time employee, while he was serving on the board at the state oil refinery.

Palmer, who was appointed permanent secretary on February 14, 2019, was addressing the court during cross-examination by K.D. Knight, QC, who, along with Bianca Samuels, is representing Grindley.

The court heard that the Integrity Commission had recommended that the definition be changed.

“Has that been done?” Knight asked Palmer.

Attorney-at-law Bert Samuels – who, along with Matthew Hyatt, is representing Singh – noted that the matters at hand did not relate to when Palmer was permanent secretary and his client was chairman. He asked her whether different permanent secretaries had different styles and or requirements, having earlier told lead prosecutor Caroline Hay, QC, that there are some procedures that apply to public servants.

“Were you aware that Dr Singh resides overseas?” Samuel asked.

Two exhibits, which were travel itinerary on file – one outlining a trip to Chicago – were shown to Palmer.

Samuels asked her about emergency spending, if an official pays for their own trip.

Palmer said it may occur, but even if they are eligible for refunds, reimbursement is not guaranteed if the established process is not followed.

She told lead prosecutor Hay that having established a need to do business overseas, the CEO of an entity must fill out a form provided by the Ministry of Finance, outlining the names and roles of the persons who will be travelling as well as the destination. Purpose, cost of travel, source of funding – whether sponsored or out of taxpayers’ money, duration of travel, and anticipated benefits to the country are to be provided to the permanent secretary of the parent ministry.

Palmer is to take the stand again today as the trial continues.

Grindley and Bahado-Singh had their bails extended until Thursday.