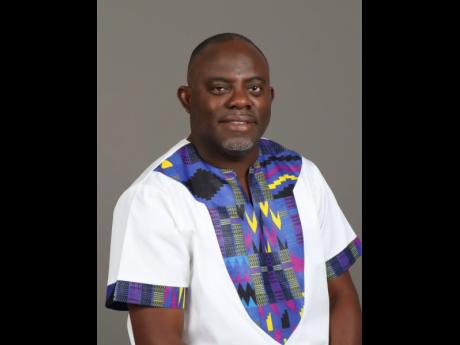 A senior University of the West Indies lecturer involved in the just-launched Mona Prison Project is hoping that the programme will be expanded beyond the Tower Street Adult Correctional Centre to other prisons and even online.

Dr Dave Gosse, who is also a director of the Institute of Caribbean Studies (ICS) at The UWI, said that the backers of the project were exploring how to make the initiative more marketable and and also “reach the ordinary man”.

But the academic lamented that inadequate funding was hobbling support programmes aimed at tackling social issues affecting some of Jamaica’s most vulnerable citizens.

That is the position of Dr Dave Gosse, senior lecturer and director of the Institute of Caribbean Studies (ICS) at The University of the West Indies, Mona.

Gosse said that the UWI Mona Prison Project, which will offer education and training in entertainment business, said that a similar project targeting deportees was initiated some years ago but was aborted because of a lack of funding.

“We are not generating a lot of local funding for social programmes. ... The local market is not that receptive to these kinds of initiatives,” Goss said in a Gleaner interview ahead of Tuesday’s launch.

The ICS’s collaboration with the Department of Correctional Services will see eight inmates and two correctional officers at the Tower Street Adult Correctional Centre participating in a six-month educational programme.

Individuals who successfully complete the programme will receive a certificate in entertainment business from The UWI and social support to aid their transition from incarceration to the community.

The UWI prison project is financed through a grant from Bard Prison Initiative, a programme from the New York City-based Bard College that provides college education to inmates. While not disclosing the grant amount, Gosse said it would cover the training costs for six months, which will include books, notes, and lecturers’ salaries.

The initiative was conceptualised jointly with programme lead Shanell Bailey, a Fulbright Scholar who conducted research into the impact of university education on inmate reintegration in Jamaica.

The course contains four modules: artiste management, event management, music management, and a re-entry component to aid reintegration into society. Classes will be offered one day per week, starting January, and will target inmates who are serving nine months or less of their sentence.

“We’re also hoping to attract further funding to continue the programme and also do a Phase Two,” Gosse said. “Even if we don’t get them into the university, at least we would have given them some marketable skill that they can probably use, but our hope as well is that we can get some of them into university.”

Labelling the programme part of the ICS’s social responsibility, Gosse said that the Tower Street Adult Correctional Centre was chosen because its infrastructure was more accommodative of classes.