How a Manchester basic school clings to survival 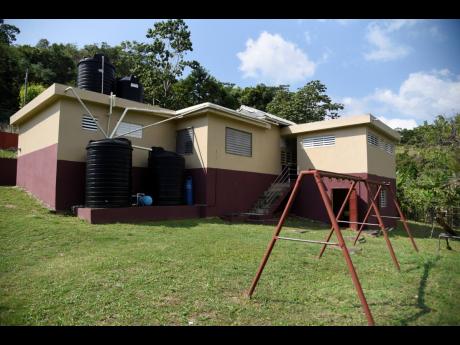 Nicholas Nunes/Photographer
The board of Inglewood Basic School in Manchester has weighed whether to close the institution because of marginal enrolment. 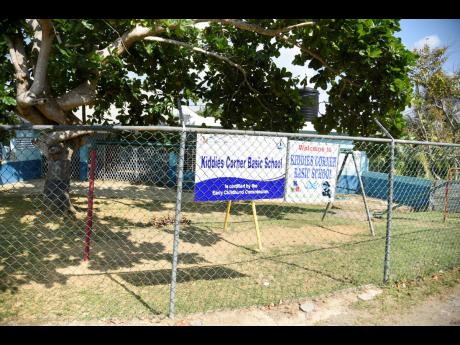 Nicholas Nunes/Photographer
Kiddies Corner has wooed parents to send children to the Manchester basic school. As a result, enrolment at the nearby Inglewood Basic School has plummeted.
1
2

With only one student enrolled on December 1 at Inglewood Basic School in Manchester, the rural-based early childhood institution was on the verge of closing its doors and sending its three educators home. By the start of the January term, four...

With only one student enrolled on December 1 at Inglewood Basic School in Manchester, the rural-based early childhood institution was on the verge of closing its doors and sending its three educators home.

By the start of the January term, four more infants were enrolled, resulting in the board granting permission for the school to remain in operation.

The enrolment crisis in some early childhood institutions has been exacerbated by the coronavirus, with attendance rates not always recovering to pre-pandemic levels.

Inglewood and the long-shuttered Mayfield basic schools, both reportedly built with funding from the CHASE Fund, have been victims of chronic low enrolment. It’s an observation with national implications as 83,356, or 35 per cent, of children aged six years old or younger were enrolled in early childhood institutions for 2021-2022. He noted that the pre-COVID numbers for 2019-2020 were similar.

Institutions like Inglewood are failing to stand the test of time, as parents of infants in the community have mainly enrolled their children at the nearby Kiddies Corner, formerly the Coley Mountain Basic School, which has been in existence for over 30 years. Kiddies Corner is owned by Grace Open Bible Church in the adjoining district.

Parents who spoke with The Gleaner last December lamented Inglewood Basic School’s spiral towards obsolescence, preferring to journey to the neighbouring community where Kiddies Corner is perceived to have higher-quality educational standards.

During a visit to Inglewood last month, board Chairman Noel Brown was locked away with the principal and teachers discussing if they should keep the school open.

Brown told The Gleaner on January 18 that enrol inched up to five after they engaged in a house-to-house campaign similar to the Ministry of Education and Youth’s Yard to Yard Find the Child Initiative.

But with Inglewood re-engaging only four of approximately 30 students who had gone off the radar, the marginal gains of the enrolment-boosting programme are likely to come under scrutiny.

The unmet target was reclamation of 20 students.

Brown cited the declining birth rate in the community as a key factor fuelling the decline. Young residents have also migrated to other communities to start families.

“COVID has done a greater disservice to it … . Some people send their children to other places. Some of the schools merged with the primary school,” he said, alluding to easier transition to higher grades.

The national drive to reclaim children who have gone missing from the education sector has had its own struggles.

At the same November 2022 meeting of the PAAC, it was revealed that the Yard to Yard initiative was yet to re-engage 7,000 unaccounted-for high- and primary-school students.

Responding to concerns about the ECI data, Karlene Deslandes, executive director of the Early Childhood Commission, noted that schools were just emerging from the shadow of COVID-19 and that a new census should reveal more accurate numbers.

Parents have argued that Inglewood’s slump isn’t all COVID’s fault.

They point to a lack of progress, citing a lack of Internet connectivity as one of the glaring deficiencies.

Grievances ranged from staff lateness and meal quality to claims that teachers were unwilling to open snacks for infants who could not do so themselves.

“Most of the pickney dem from dis yah one community yah go Kiddies Corner. One vehicle bring dem and dem make more than one trip a morning and evening time,” said a parent who requested anonymity.

Brown acknowledged that Inglewood has deficits and said that the principal had committed to improving Inglewood’s performance. However, he appealed for state intervention.

“We need more support from the ministry, in terms of funding. There are some things that we need to do, which we don’t really have the money. We have to be begging around,” Brown told The Gleaner.

Inglewood’s competitor, Kiddies Corner, has more than 50 students enrolled and it is aiming to implement a brain builder programme soon.

The school was once located at the back of the Grace Open Bible Church before the Jamaica Social Investment Fund (JSIF) intervened.

Kiddies Corner was gifted a new building from JSIF in 2007 and now has three clean classrooms, a kitchen, a sick bay, an isolation room, and sanitisation facilities.