Letter of the Day | A more befitting honour for Seaga 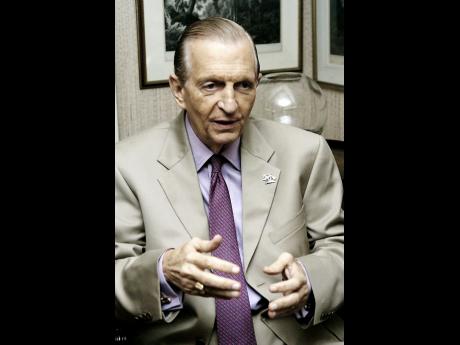 A far more befitting and concrete (no pun intended) honour for former Prime Minister of Jamaica Edward Seaga than naming, or renaming, the North-South leg of Highway 2000 in his honour would be for the Holness-led administration/Bank of Jamaica to introduce a $1,500 or $2,500 note bearing Seaga's image and likeness.

Late and distinguished elder statesmen and prime ministers of Jamaica, Michael Manley and Hugh Shearer, were bestowed with that prestigious honour by the Patterson-led and Golding-led administrations, respectively. Surely, Seaga deserves a similar honour. Moreover, while I wholeheartedly agreed with Shearer and Manley deserving to be honoured with their images on the $5,000 and $1,000 notes, respectively, many, including myself, would argue that Seaga is even more deserving of that prestigious and great legacy-affirming honour.

Arguably, no other Jamaican, to date, has served his country in as many public-sector capacities with as much distinction and dedication and has left so giant and lasting a footprint and legacy on as many critical areas of Jamaica's national life as Edward Seaga has.

Finally, given Seaga's remarkable and distinguished service as Jamaica's finance minister throughout the 1960s and then again in the 1980s, the aforementioned would be a far better and more befitting honour than the current controversial one.