Is your house climate-proofed? 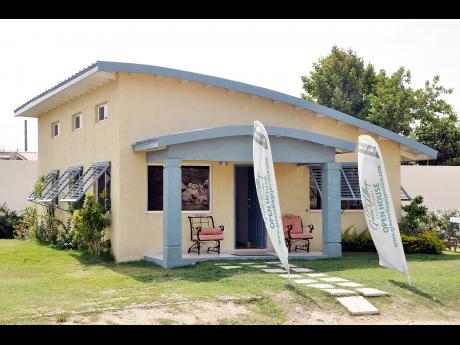 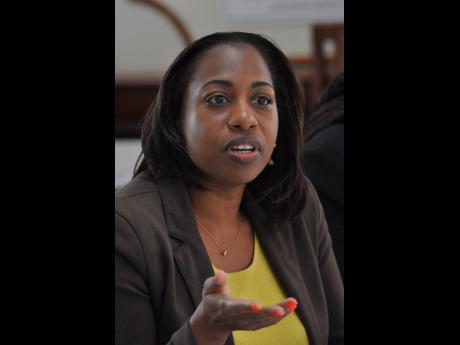 The National Environment and Planning Agency (NEPA) is urging local housing developers, who are engaging in new projects, to construct 'climate proof' units in light of the increasing threat of more severe and punishing storms, hurricanes and dry spells brought about by climate change.

But even as NEPA issues this urgent plea it has accepted that it cannot force developers to climate proof houses despite the serious threat poised to the country by climate change as harsher weather systems wreak devastating and heartbreaking havoc.

Sheries Simpson, manager of projects at NEPA, says despite climate change causing environmental shifts the agency is powerless to sanction developers who choose to build without taking into account the new reality.

"If a developer comes in and says he plans to build a six-storey building, our regulations guide him how to build on a slope, how many floors to build depending on the area that he's in and other things that come with the planning permits.

"We also encourage that developer to do things such as rainwater harvesting. We can encourage him to utilise cooling systems as well, but it is up to him how he builds," explained Simpson.

She said with the effects of climate change being felt across the country, NEPA is hoping to work with parish councils to pressure developers to incorporate its suggestions in their building plans.

"So we have to work with the local parish authorities because they are the ones with the teeth to be able to prosecute the developer if he doesn't build a certain way. That is where we want to go, to climate proof all of our acts and legislation," added Simpson.

NEPA is one of the agencies involved in the Government's Adaptation Fund Project, which has been mandated to protect lives and food security in vulnerable communities.

This is to be done by improving land and water management for the agricultural sector; strengthening coastal protection; and building institutional and local capacity for climate change adaptation.

NEPA and the Planning Institute of Jamaica have underscored the importance of encouraging developers to adopting climate-proof housing, however both agencies lack the enforcement mechanisms necessary to make their recommendations anything more than that.

"The Building Act itself, which is administered by the parish councils, the local planning authorities, that is where the teeth comes in as to whether or not people are building according to the code," said Simpson

In St Catherine, which is home to numerous housing projects now under construction, the parish council is pushing for climate-proof housing but chairman of the council, Norman Scott, has accepted that implementing the changes will be difficult.

"It is a conversation that has started at the council level and I have been a part of some meetings with NEPA, but there are some concerns. For example, we know that some of these additional infrastructure that NEPA has mentioned come at an increased building cost that would be passed on to the consumer, so its definitely something we have to discuss and get all the perspectives involved," Scott told The Sunday Gleaner.

He argued that the issue of climate change is too important to be left for each parish council to decide what regulations should be imposed, so central Government should take the lead and include climate change legislation in the new development orders which are being drafted.

Paul Soegaard, developer of the Green Village residential community in St Catherine, agreed that there needed to be standardised climate change and efficiency guidelines included in the country's building codes and development orders.

"Absolutely, it is the way forward for Jamaica, countries around the world utilise insulation, for example, not only to protect from cold weather, but also as a way to prevent heat penetration into building, but in Jamaica we waste energy on a large scale because houses are not built to a particular standard regarding insulation efficiency.

"You would be amazed at the amount of money each household would save on energy on an annual basis if these guidelines were adopted across the board. The country would also make considerable savings on oil imports if there was a stringent, standard building code on something as simple as insulation," said Soegaard.