The death of ninth-nights – Part 2 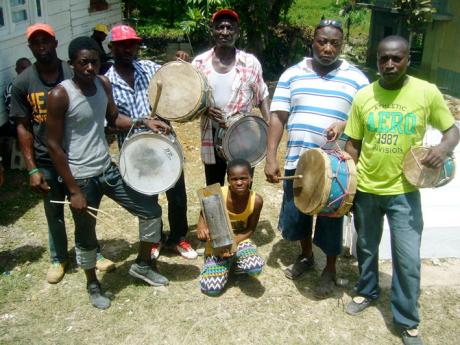 Paul H.Williams
The Heart of Stone Gerreh Band from Westmoreland is one of the few keeping traditional wake music alive. 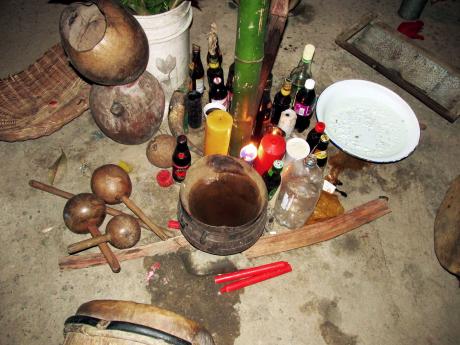 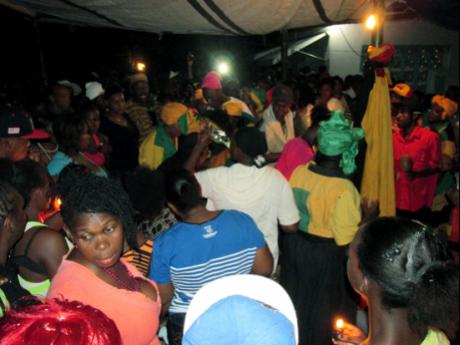 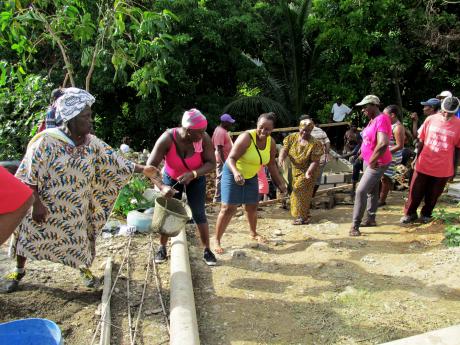 Traditionally the community would participate in grave-digging and casket-making free of cost.
1
2
3
4

Traditionally, set-ups and the marking of the ninth-night were times to mourn, to reflect on the deceased's passing, and to support those who were left behind.

But over the years set-ups and 'nine-nights' have evolved into mainly dancehall parties and commercial opportunities.

"For me, I don't like to go to wakes and they play sound systems, but I can understand why," Dr Clinton Hutton, University of the West Indies senior lecturer and social historian, told The Sunday Gleaner

"Things have to change, but the tradition and meaning is changing in a way that I don't necessarily like at all, where people are no longer required, themselves, to do the rituals of the singing ... and all of those things that have come down to us," added Hutton.

Traditionally, in Jamaica, wakes or set-ups were held to offer emotional and other support to the family and relatives of the deceased, especially because the body of the deceased was kept at home until burial.

The set-up could be extended to three or four nights depending on how soon the body remained unburied, in an era when bodies were not kept in morgues.

But there was one particular set-up that was formally observed as the ninth-night, when the spirit of the deceased was 'officially' sent on its way.

At that time the spirit was ushered to the realm where it belonged and leave the living alone. Yet, the departed were not forgotten; they were remembered as if they were still living, and people would have spiritual communions with them.

"There is a real big meaning of the relationship between the living and the dead. There are people who still believe that relationship exists, and that our daily lives are not just about the living.

"That's why people feed the dead. That's why they speak about the dead in the present tense. They are not gone," said Hutton.

However, Hutton noted that this connection between the living and the departed is waning. "We are losing that because we are not being faithful to the tradition in the context that changes happen," said Hutton.

"But when we don't do that the very important reasons for the ancestors being a part of our continued existence, we are losing that. And ... what we are doing is losing ancestral memory, and ancestral memory is absolutely valuable to our existence," added Hutton.

That is not the only thing that has changed. The nature and sensibilities of set-ups have evolved significantly.

Yet, there are still 'duppy bands' that are preserving some of the traditional wake rituals. Invariably, these bands and sound systems are brought into the community.

"And the community members who used to participate in these rituals are now divorced from these rituals, sidelined," observed Hutton.

People who know and have experienced traditional set-ups are sometimes amazed at what they have turned into. One particular element that they find most disturbing is the pressure on the family of the departed to find food and liquor for those gathered.

What is even more perturbing for some people is that nowadays total strangers turn up empty-handed asking for food and liquor.

This is a reversal of the traditional roles in which mourners walked with 'something' to give to the bereaved, and when neighbours, friends and associates built caskets and made graves free of cost.

"I can tell you of a case ... they kill a cow, and everybody come and dem tief wha dem want tief. Tief out de suppen dem outta de house, and so the people are left poorer and mourning," said Hutton with passion.

"Dem nyam out people. Apart from losing your loved ones you have to spend a lot of money ... it's terrible, it's repulsive and it is not fair, it is unconscionable ... Dem nyam out de household of the dead," added Hutton.

This sort of behaviour, he surmised, "speaks to the fracturing of communities and of communal relationships". But it is widely felt that this attitude is being kept alive by the relatives of the deceased who believe they must make an impression, "fi tek shame outta wi eye".

But the shame that is obliterated sometimes leads to "more mourning into poverty", a huge debt, for the ethos of the wake has certainly changed, and the tradition nine-night is dead.

So while set-ups continue to be observed in their present-day context, there is hardly any special ninth-night farewell ritual.