Stopping electricity theft – Can JPS do it alone? 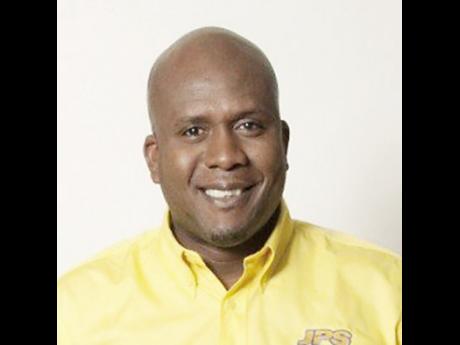 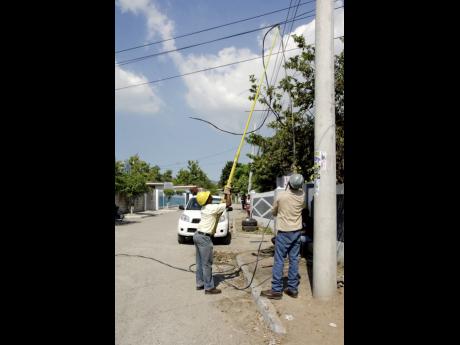 If we were to go by the findings of the 2011 Housing & Population Census conducted by the Statistical Institute of Jamaica, then there are about 200,000 households that are illegally connected to the electricity grid in Jamaica.

For the financial year 2014, the Jamaica Public Service Company (JPS) had approximately 17 per cent of the electricity that it generated stolen. Unfortunately, this is not a problem that is unique to Jamaica.

According to a 2014 document prepared by the Inter-American Development Bank (IDB), Power Lost: Sizing Electricity Losses in Transmission and Distribution Systems in Latin America and the Caribbean, the region accounted for a third of global electricity losses.

Over the last five years, the JPS has invested more than US$100 million implementing solutions to reduce electricity theft, but with minimal success. Having spent significant time on this problem, we have concluded, without a doubt, that we have been throwing technical solutions at socio-economic problems.

The problem, from our perspective, is that unauthorised users of electricity fall into two general categories: those who are unable to pay; and those who are able to pay but choose not to. Strategies must therefore be developed to focus on the distinct categories.

We further conclude that the people who can afford to pay and choose not to, do so for pure investment reasons. The benefits of not paying outweigh the risk of being caught and adequately penalised.

At present, Jamaican laws, enforcement efforts and the associated penalties make it profitable for users to steal electricity, rather than paying for a legitimate service.

The Electric Lighting Act Section 17, the only section that addresses electricity theft, states: "Any person who maliciously or fraudulently abstracts, causes to be wasted or diverted, consumes or uses, any electricity shall

be guilty of simple larceny and punishable accordingly ..."

The Larceny Act Section 15 also addresses this offence, equating it to simple larceny, while prescribing imprisonment with hard labour not exceeding five years as the penalty for a breach.

I must declare that even though I'm not a lawyer, I do know the issue of electricity theft is much too technical to be addressed so concisely.

The cases often take a long time to be resolved, and custodial sentences have been rare and

definitely nowhere close to five years hard labour. When fines are imposed by the courts, the typical range is between $10,000 and $50,000; and this is for assessments for hundreds of thousands - and even millions - of dollars of stolen electricity.

THE EXAMPLE OF INDIA

Simply put, in India unauthorised use of electricity for six months at an estimated cost of $20,000 per month could result in fines totalling $240,000. An offending party would therefore see a loss of $120,000. This is a more risky investment.

Laws work as a deterrent, only if the offenders believe there is a high probability of being caught and convicted, and also find the associated penalties unbearable. Therefore, proper enforcement is a key requirement for reducing electricity theft.

Electricity theft is a crime and, based on the risk that it poses to national development, it requires serious attention by law enforcement. When cybercrime was recognised as a threat to our national interest, police increased their expertise in order to qualify as expert witnesses in these cases. Electricity theft requires no less attention.

Any other business entity in Jamaica which has their products stolen during distribution will simply make a report to the police, and the police would take it from there. JPS does not enjoy such a benefit.

In other jurisdictions, the police play an active and proactive role in fighting electricity theft. An example is, the state of Andhra Pradesh in India depended on police support in their loss reduction efforts to achieve reduction in losses from 38 per cent in 1999 to 26 per cent in 2003.

Access to electricity is now a basic need. Where persons are unable to afford electricity, then it must be treated as a social good. This begs the question, who pays for this social good?

It is not feasible for JPS to invest in the infrastructure required to deliver electricity to customers who are unable to pay a monthly bill. We are a socially responsible company; however, we must repay our debtors and provide a return on investment to our shareholders.

Where persons are unable to afford electricity due to socio-economic reasons, then the cost must be subsidised if everyone is to have access to electricity.

To facilitate a subsidy, the Government must intervene through social programmes and infrastructure investments; or provide indirect support through a redesign of the tariff structure.

There are quite a few success stories in Latin America in the fight to reduce electricity theft, such as Edesur in Argentina that achieved a 14 per cent reduction in losses from 1992-1996. The key lessons learnt from all the success stories, though, was that the utility couldn't and didn't do it alone. The government, through legislation, enforcement, social intervention and/or regulation played a crucial role.

We have started a community renewal programme through a partnership with Jamaica Social Investment Fund - a baby step in the right direction, which we must continue. Last week, we participated in a USAID-sponsored workshop on losses, to facilitate benchmarking with other countries that had successfully tackled electricity theft.

Another step in the right direction. We look forward to the necessary collaboration needed to address this problem once and for all.

- Kenyatta Campbell is the JPS parish manager for Westmoreland and St Elizabeth.