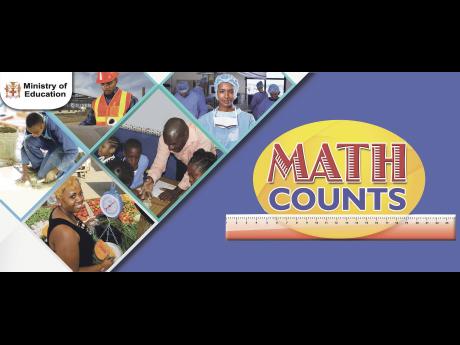 Less than one week after British officials reported the success of a scheme to help English schoolchildren improve their mathematics skills by copying Singaporean teaching methods, a similar programme has been announced for Jamaica.

Last week, a report out of Britain said a study by the UCL Institute of Education and the University of Cambridge provided the first evidence that the new 'Mathematics Mastery' programme had influenced the performance of students after just one year.

With the teaching of mathematics long identified as a weak area of the local education system, the Mike Henry-led LMH Publishing is seeking to help correct the problem.

The publishing house will be joining force with the Ministry of Education and Marshall Cavendish educational publishers, out of Singapore, to introduce the concept to the local education sector.

The move comes in the form of a two-day seminar on the Singapore method of teaching mathematics.

According to LMH Publishing, it is reinforcing its core focus on educational publishing by teaming up with the publishing giant from Singapore, which is the acknowledged leader in mathematics performance worldwide.

The Singaporean teaching style is radically different from standard English practice as fewer topics are covered in greater depth and every child is expected to reach a certain level before the class progresses to the next part of the syllabus.

The global rating of the Singapore method of teaching mathematics has propelled it into over 50 countries, including the United States and Britain.

Marshall Cavendish provides 100 per cent of the primary-level mathematics books that are approved by the Singapore Ministry of Education for use in that country's education system.

Come July 13 and 14, the focus will be on the Knutsford Court Hotel in Kingston, where the seminar will be on in collaboration with the Ministry of Education.

The event will showcase the Singapore method of teaching mathematics, which has contributed fundamentally to that country's development.

The seminar will target up to 200 participants, mainly mathematics teachers, school principals and other Ministry of Education personnel, including administrators.

The event, which will be free of cost to the invitees, comes through the support of a number of corporate sponsors, including Jamaica National Building Society, the Development Bank of Jamaica and Jamaica Producers.