Reflecting on a life well lived 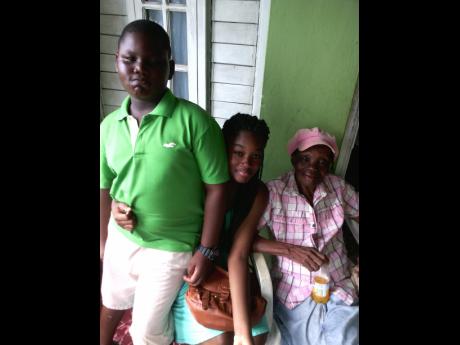 More than 40 years ago, Adassa Spaulding, a resident of Bryan's Bay in Portland, asked God to allow her to witness her six children pass through what then were tough times, and eventually achieve a sense of independence.

That request has been honoured, and the aging single parent continues to enjoy Christian life, reflecting on the past and the days ahead.

"I made that special request to the Lord more than 43 years ago, shortly after the birth of my youngest child, and today, at age 89 years, I consider it a blessing to be alive. The Lord said that the age of man will be three scores and 10 (70 years), but I have lived an additional 19 years thus far. I have always tried to live a Christian lifestyle and teach my children the same. However, the behaviour and attitude of some have worsened in recent times," she added.

A member of Christ Church in Port Antonio, Spaulding still attends church, although not regularly as age and arthritis pains have taken a toll on her now frail body. But despite the aches and pains, the widow is still able to read her Bible daily, reflect on the old days, and boast about the support she gets from her children.

Today, Spaulding can often be seen sitting on the verandah of her four-bedroom concrete house, where she relates to friends and neighbours about the saving grace of God.

She is somewhat saddened by the turn of events, especially among young men and women who have turned to prostitution, crime, and other illicit practices.

According to the golden-ager, it is sad and a hard pill to swallow as there appears to be no real hope for the future, especially with the current generation, some of whom have engaged in negative practices, despite the reality that they are Jamaica's future leaders.

"In the 1950s, '60s, and '70s, when a person was murdered, it came as a shocker to just about everyone. Today, it is the opposite and it appears to be the norm. Times are hard, but back then it was tough too. We always sought ways to work out our differences, but today, it's either shooting, chopping, or stabbing that resolves dispute. The love that God spoke about has died and it is just pure violence," she said.