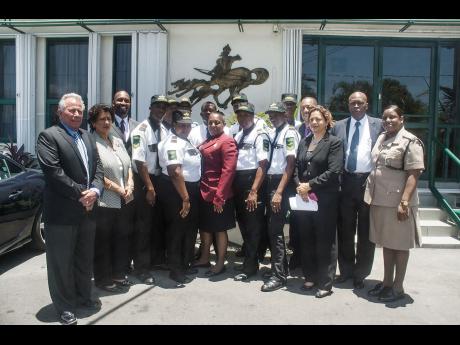 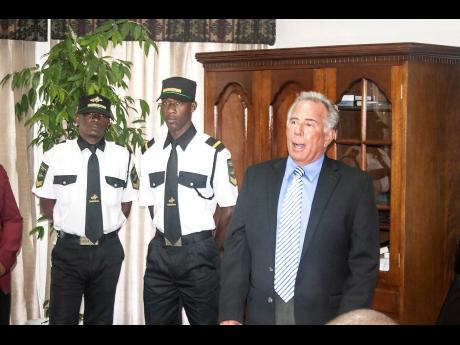 Law enforcement across the island continues to be bolstered following the recent graduation of 10 district constables from a programme currently being administered by the Guardsman Group in collaboration with the Jamaica Constabulary Force (JCF).

Almost 50 security officers employed to Guardsman and Marksman Limited were carefully selected and trained in the programme. According to Robert Epstein, managing director at Marksman, they have been partnering with the JCF for a number of years to qualify some of their security officers with the power of arrest.

"We will be able to work closely with the police and persons on the ground to deal with situations immediately. Once an arrest is made, they can be taken to the police station and the police can take it from there," Epstein said.

The district constable is concerned with community patrolling and policing in order to minimise the high levels of crime. District constables normally reside in the community that forms part of their area of responsibility.

According to Epstein, with the shortage of police officers on the island, their goal is to assist the JCF in the execution of their duties. "We are graduating the district constables in small batches. It is a long process, however, we have found a way to get the antecedents done by the police. We have to ensure that an in-depth background check is done on each security officer to ensure that nothing will bar them from being district constables," Epstein said.

Ricardo Blackwood, general manager at Guardsman Limited, said the programme has added another dimension to their security offerings. "There are times when we are on location and the need is there to make an arrest. This training allows us to be able to act in the capacity and respond to our duty," Blackwood said.

The programme was conducted with the aim of dealing with communications skills, tact and ethics in law enforcement, and to enable the officers to have a broader vision of goal setting and the objectives of the organisation. The training component included stress management, protocol and etiquette, the role and primary duties of a district constable, organisational expectations, customer service and community-based policing.

To date, more than 80 security officers affiliated with the Guardsman Group have been trained as district constables.