Pastor Doreen Allen – The Right Woman For The Job 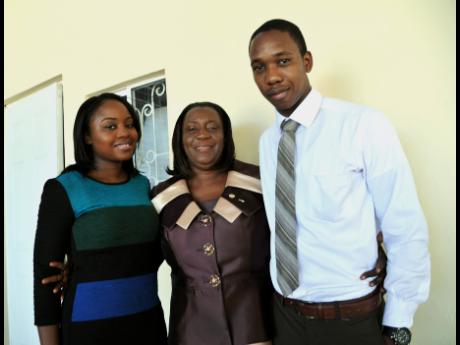 Norman Grindley
Doreen Allen of The Church of God of Prophecy, Mountain View Avenue, and children. 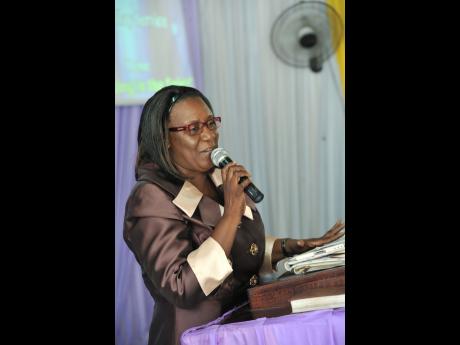 The Bible states that women should be silent in church. But after overcoming the shock of her appointment more than a decade ago, Pastor Doreen Allen has been all but silent in her church.

Allen had barely started grieving after the death of her husband in 2001, when she was appointed as the associate pastor of her church less than a month later. The members of Miracle Tabernacle in Mountain View could not hide their surprise, no one could picture 'Little Doreen' as pastor. But Allen was not insulted - she, too, was amazed by the appointment.

"I always saw myself as the wife of a pastor, but I never thought I would become a pastor. I never knew it would happen."

But it did happen. Allen was appointed host pastor after serving three years as associate pastor of Miracle Tabernacle which is governed by The Church of God of Prophecy in Jamaica. Her appointment made her the first female pastor of the church, which has existed for more than 50 years.

She admits that it was hard being a single-parent and the pastor of close to 200 congregants. However, she made it clear that she hasn't regretted a moment since she became pastor. In fact, her role as pastor helped her with the grieving process after her husband's death as she got to fulfil a passion of hers.

"He (her husband) was a fireman, and I remember one day I was downtown and I saw this fire truck passing and I just started to bawl. I just remembered him and then my phone rang and there was a member in difficulty, so I had to dry up my tears and run to help that person," Allen recalled.

"But my passion is really people. I love people so I will do anything to make people happy, if it's even to mask it, I would do it to make people happy. When I poured myself into people, it helped me with grieving," said Allen, who resigned her job as a social worker to do full-time ministry in the church.

Allen is one among the growing number of female pastors in Jamaica. Her denomination, The Church of God of Prophecy, observes three tiers of leadership: pastors, deacons, and bishops. According to records kept by the denomination's head office, 35 per cent of its pastors are women, but none are bishops, as this post can only be held by men.

Many people who believe that churches should have male leaders support their view using Biblical scriptures like 1 Corinthians 14:34 which states,"Let your women keep silence in the churches: for it is not permitted unto them to speak; but they are commanded to be under obedience, as also saith the law." (King James version).

"I believe that once the calling of God is upon your life, it doesn't matter if you are male or female. And when Jesus was resurrected from the dead, females were the first to be there, they were the first to carry the gospel and the church is full of females, if there were no females in the church, I don't know what would happen. I don't know what would happen to my church. I have about 29 men and about 104 women so what would happen?" Allen questioned. She also admitted that she gets respect from male pastors and has never had a negative encounter with any of them. She said her male congregants are usually very supportive of her.

Kadia Allen, Pastor Allen's daughter, calls herself her mother's biggest cheerleader. She believes that the church's preference for male leadership is still very evident and this has presented challenges for her mother.

Robert Bailey, deacon at Miracle Tabernacle is not one of those who thinks that church leadership should be reserved for men.

"For me, leadership goes beyond gender. I ensure that whatever she puts forward, whatever vision she casts, I do my best to buy into it and to mirror her in every way. Her being female, I am cognisant of that so my effort as a male now is to under gird her and to help hold her hand and to cast the vision she puts forward," said Bailey.