Ex-soldier’s fight to get back into the JDF 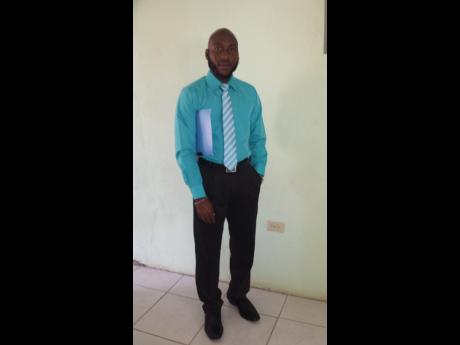 A member of the Jamaica Defence Force (JDF) is crying foul over his dismissal and is demanding that he be reinstated.

Miqueal Coulbourne, says he should be compensated for his wrongful dismissal from the JDF four years ago as the rules were not followed after he was implicated in a shooting incident for which the courts have found him not guilty.

The 29-year-old contends that he has lost the respect of his community and peers, who deemed him guilty of the accusations, due to the fact that he was discharged by the JDF, which he had served for five years.

"Even in the community, everybody just start look down on me and treat me like a criminal. Even the police in my community who me and them use to have a good relationship, is like from they hear that I get discharged, everybody say I am guilty, because they hear that the army discharged me," added Coulbourne.

According to Coulbourne, in 2011, he was arrested by the police and charged with discharging his firearm within 40 yards of a public thoroughfare.

The charge arose from an incident when shots were fired at a dance in his community. Coulbourne admitted to having been at the dance with a policeman and the two were charged jointly.

"On January 9, 2011, some police came to my house and accused me that I was the driver of a vehicle that crashed and killed some people, and also that I was at a dance where me and some criminals fired shots," said Coulbourne.

"They asked me to accompany them to the police station for questioning, so I followed them."

He said he was not charged initially, with the police saying they were awaiting the JDF to come and get him.

"I asked them if they were going to arrest me or not. They said no, they are not arresting me. They contacted JDF and were waiting on them to come for me so they were not locking me up," said Coulbourne.

"Straight up until night, nobody said anything to me, so I checked back with them and they said they are going to have to put me up for safekeeping until JDF come for me. They took me from May Pen and carried me to Milk River, along with the police constable because they charged me and him jointly."

Coulbourne said he spent a further nine days in custody before charges were eventually laid against him, and when this was done, he was only charged with the shooting incident, as they had by then found out who was driving the car involved in the fatal accident.

The former army man said he was visited the following day by other JDF officials, who discharged him without taking a statement or asking him for his account of events.

The father of two said losing his job has also had serious financial implications.

"It really inconvenience me in a whole heap a way because they dismiss me from 2011 and mi a box round from then. A just hand to mouth here and there from that time until now," said Coulbourne, who has retained a lawyer to fight for his compensation and reinstatement.

Last week, the JDF confirmed that Coulbourne was attached

to the Third Battalion The Jamaica Regiment (3JR) and was dismissed at the discretion of the commanding officer of his unit.

According to JDF officials, they would have to do further checks before providing our news team with additional information on the exact circumstances that led to Coulbourne being discharged.