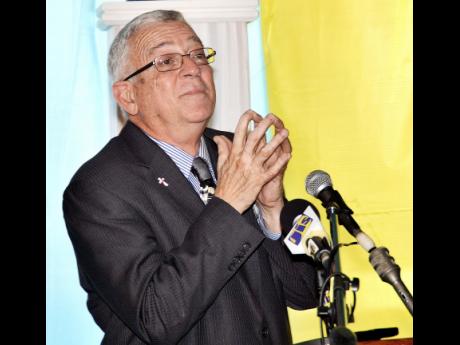 Contributed
Thwaites ... also rejected a claim by the Opposition that the comment was divisive and unhelpful in making critical transformations to the education system.

Education Minister, Ronald Thwaites, says he will not bow to demands from the Opposition to withdraw a controversial comment he made last week directed at poorly behaved children.

Speaking at the Jamaica Teachers’ Association (JTA's) annual conference last Wednesday, Thwaites issued a warning to parents not to send who he called ‘leggo beast’ children to school.

In a statement yesterday, the Opposition Spokesperson on Education, Senator Kamina Johnson Smith called for Thwaites to withdraw the comment, saying it’s a condemnation of children.

She argues that it could lead to students with antisocial behaviour being ignored.

However, the Education Minister, says the comment was appropriate because it was made at an event involving teachers who understand the effects of how poorly-behaved children and poor parenting affect the teaching process.

Thwaites is also rejecting a claim from Senator Johnson Smith that the comment was divisive and unhelpful in making critical transformations to the education system.

According to the Opposition Spokesperson, Thwaites was setting himself and the JTA against parents.

But the education minister says this is not so.

He also says the ministry knows the difference between children who have psychological problems and those who are simply rude.