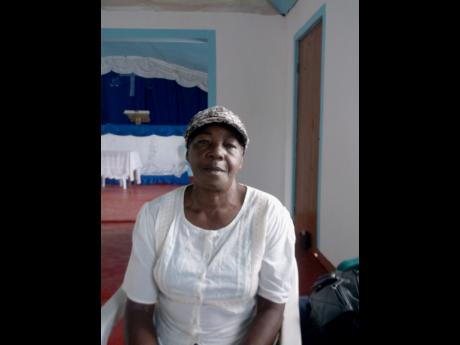 When it comes to the spiritual realm of discernment, many are sceptical, but for Dalton, St Elizabeth-born Mervilyn Brown, it is real.

The revelations are so fierce that she cannot stay still, she must get on the mission field to offer help and warning to whomever the message is for.

In an interview with Family and Religion, the woman of God who describes herself as a prayer warrior and discerner, said she recalls being in the final stage of pregnancy and still having to be "up and down" getting to folks with the message.

An evangelist in the Mount Nebo Revival Church, Brown describes what happened to her the first time she was disobedient in carrying out the word.

"The Lord wanted me to speak in tongues on a bus and prophesy about Him, I didn't do it because of pride. When I got up and started walking, a van hit me down," she shared.

According to Brown, she fell on top of the van and was flung high in the air almost touching an electric wire before falling to the ground.

"People wrote me off that there is no way I could live, but all I had was swollen feet, no scratch or bleeding of any kind," she said.

Now on the battlefield for more than 40 years, she said God has been showing her things that will happen to people.

"At one time, I had to go to a pregnant woman's house whose baby was turned 'cross way' I told the woman what to do and before I left, she actually felt when the baby turned in her," said Brown.

The evangelist will be the first to admit that she knows many have doubts, but in spite of that, she says, as long as the Lord wants her to speak, she will continue to do so.

Brown herself has seen God's supernatural work in her life, and that, she said, is the catalyst that keeps her on the mission field, trying to help others experience the same kind of miracles.

Some years after her accident, she was walking through a field, her baby in her arms when a bull tried to attack her.

"I held my baby tightly across my chest and sent up a prayer. I literally heard when a voice told him to put his head down and eat grass ... which it did," Brown told Family and Religion.

She said she walked without fear past the grazing cow to safety.

Now 71 years old, she said she cannot go to as many places as she would want to, but she is still very much active doing the Lord's work.