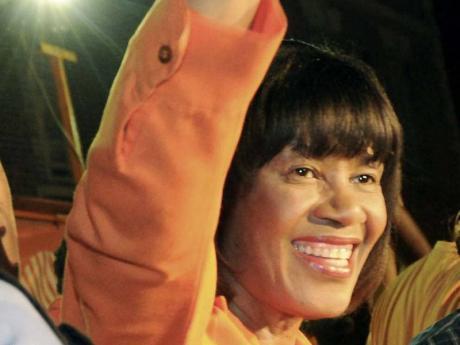 From left: Elaine Thompson, Veronica Campbell-Brown Shelly-Ann Fraser-Pryce, and Natasha Morrison celebrate after winning the gold medal in the women's 4x100m relay final in a championship record at the World Athletics Championships at the Bird's Nest stadium in Beijing. - Ricardo Makyn Photo

She has also commended Jamaican discus thrower Fedrick Dacres who participated in the final of the event. The Prime Minister is also lauding the technical and administrative teams which support the athletes and noted that Jamaica’s school and community based athletics culture and programmes continue to be important support systems for our country’s athletes.