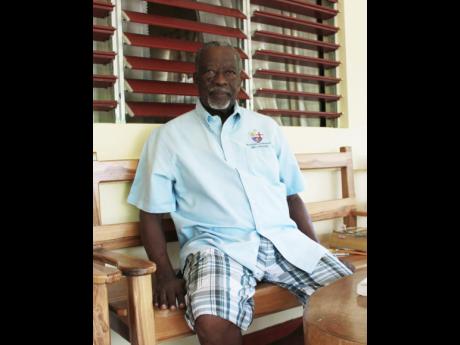 In the five decades, Douglas Waite has been living in Oracabessa, St Mary, the former preacher has seen the town go through many changes, including a huge increase in the number of religious buildings in the area. The rural town is served by a diverse range of denominations, but the 76-year-old Methodist remembers a time when there were only three places people could go if they wanted to praise God.

He told Family and Religion: "I'm originally from Lethe in Hanover; close to the where the Great River separates Hanover and St James, and moved to Oracabessa in 1967; I was a constable in the Jamaica Constabulary Force back then.

"Now, a lot more churches and splinter churches have built up, but when I first came to Oracabessa, the Baptist, Methodist and Salvation Army were the top churches in the area.

"Since then, we have seen the Catholics come in, the Church of God, the Jehovah Witnesses, Valley Christian Ministries and two types of the Seventh-day Adventist churches.

"I think it is a good thing because it means that people are still attending church. The population of our own church is getting smaller, but we still keep going. It's as if the people are drawn to the new type of churches, which have gained momentum over the years."

In spite of the increase in churches, Waite is concerned that worshippers from different denominations are reluctant to acknowledge the validity of each other's faiths.

He explains: "I think one of the biggest problems in this area is that people have to understand religion different from denomination. They look at a Baptist and say 'Oh, if he is a Baptist it means he is like this' and 'If she is a Methodist, she must be like that,' and that's not right.

"My son was grown up in the Christian faith and is now a Muslim, but we still have a good relationship. He was here last weekend with his wife and children and we had a good day, there were no problems.

"There was a little animosity from me when he first started, but once I got to understand that [Islam] is just another faith, and there's no real difference, we were alright. I believe in Jesus Christ as the son of God, and my religion is about accepting His birth, death and resurrection.

"The Muslim says Christ is just an ordinary prophet, but I see it differently and believe that Christ is '...the way, the truth and life (John 14:6),' but me and my son are still able to find a compromise."

Looking ahead, Waite, who still operates as a local property steward and president of the Methodist's local Association of Men's Fellowship, believes the future is bright for Oracabessa.

"Over the next 15 or 20 years, I can only see things getting better for Oracabessa. I don't see any decline where religion is concerned. The Seventh-day Adventist church is growing here and in another two years, don't be surprised if you see another church in this area.

"I don't know if the people are more committed or any deeper into their religion, but I think you may find more attendance (laughs)."