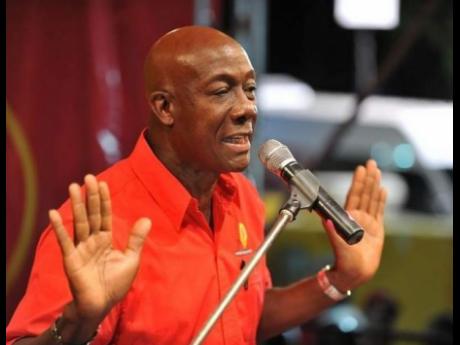 Trinidad Express
Rowley: When this country has passed this responsibility to the PNM it is not we versus them, we are all in this together...

After five years, the people of Trinidad and Tobago have sent the government of Kamla Persad-Bissessar packing.

However, there were indications that the PP could lose one of its seats giving Rowley a five-seat advantage in the new Parliament.

It was an obviously tired and hoarse-sounding Rowley who faced the media and vowed that starting Tuesday, his Government would govern for the benefit of all the people of Trinidad.

"We are confident that we have prepared ourselves well for the responsibility of managing the affairs of the country in a way that will allow us all as a people to look at tonight as the beginning of another era," said Rowley on Monday evening after leading his party back to power.

"These are not the times of milk and honey, I’m telling you there are difficult times ahead.  It is like going down a river. There are rapids ahead … but if you navigate properly there are calm waters ahead,” Rowley later told his supporters as he urged all Trinidadians to live in harmony.

“I want to say to the supporters of the UNC, tonight you have tasted defeat and we from this party have tasted that brew … but when this country has passed this responsibility to the PNM it is not we versus them, we are all in this together,” added Rowley.

Persad-Bissessar, easily retained her Siparia seat but not the majority needed to lead her troops to Parliament. 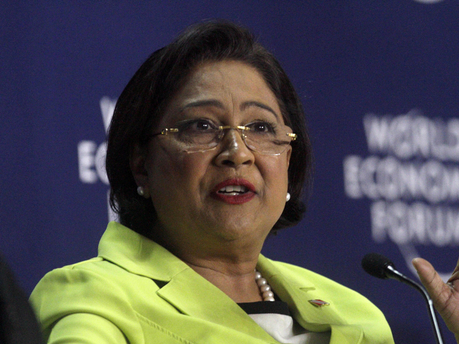 In her concession speech a crestfallen Persad-Bissessar noted that the PP coalition had received the majority of votes cast and was satisfied with its campaign and candidates.

"Today we saw a democratic process in train and therefore we must respect the wishes of the people of Trinidad and Tobago.  The people have chosen and I respect their wishes," said Persad-Bissessar as she outlined some of the achievements of her administration and declared that she tried her best and had no regrets‎.

Shortly after the polls closed, the controversial Jack Warner told the media outside the headquarters of his Independent Liberal Party’s (ILP) headquarters in Chaguanas that  he would bow out of electoral politics.

“Whatever happens win, lose or draw, this is my last hurrah in politics”, Warner told the media.

Warner, who contested as MP for Chaguanas East and lost could not hide his joy that Persad-Bissessar had been defeated in her bid to again lead Trinidad and Tobago.

"I alone have taken down three prime ministers. That is my legacy to Trinidad and Tobago," said Warner. Meanwhile, voting seemed to be free of any major hiccups although there were allegations of minor factions such as one female voter had being turned away because she did not have a poll card, but that was quickly sorted out.

More controversy surrounded text messages received by people asking for their vote at the start of the day.

While Trinidad’s Election and Boundaries Commission (EBC) said trying to persuade someone to vote on Election Day is illegal, there is no law related to text messages or social media appeals.

The EBC also grabbed some of the headlines after heavy rains in Trinidad yesterday forced it to extend voting in that island for an extra hour with the polls closing at 7:00 p.m. ( 6:00 p.m. Jamaica time).

“The extension was for Trinidad only and not for Tobago,” declared Ramesh Nanan, chief electoral officer in the twin island republic, half-an-hour before the polls were initially scheduled to close.

“It had to do with the inclement weather and the traffic gridlock that would have been caused,” added Nanan as he indicated that at least three polling stations in Trinidad were flooded by the rain which started to affect the island by early afternoon and continued late into the evening.

News of the extension in voting led to a flood of activities at the head quarters of the two major political parties as last ditch efforts were made to get out voters for what was projected to be a humdinger.