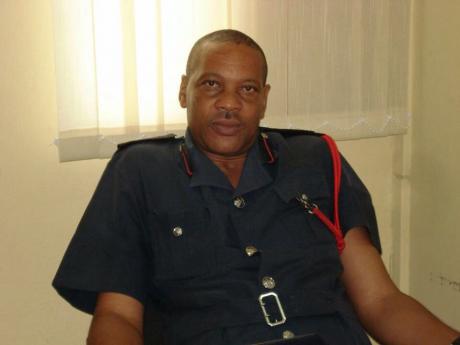 Superintendent Berris Lenford Burke devoted his life to his job and family.

Kenute and Icilda Burke gave birth to Berris on January 9 in 1964, and he was remembered as a pleasant and obedient child. He grew up to become a firefighter for half of his life, and that's how he earned the name 'Fire'.

He dedicated his time and effort to saving the homes of fire victims for 25 years, and he was a recipient of the National Award for long and meritorious service in 2011.

Berris grew up in the community of Allman Hill in St Catherine with his siblings. He was the 11th of 12 children. His brothers are Ralph, Leeford, Easton, Lloyd, Patrick, Roy, Neville, Richard, and Ronald. He left behind two sisters - Thelma and Carlene - who adored him.

He was the epitome of a family man.

In Berris' relationship with Angie, he produced two children; Odanne and Shenae. He later fell in love with Carol, whom he married in 2001 at age 37. He lived with his family in Cassava River, Glengoffe, St Catherine.

Their union produced more than a decade of

memories. They describe him as loving, caring,

Berris respected his wife and children and always saw to their needs and, indeed, they were a close-knit family, which remains the case today. The family tree grew as he became a grandfather to Ojari.

His sister, Thelma, reminisced on the times he would tell his family jokes just because he wanted everyone to smile.

"That was his gift - his humour. My brother was the star at any family event. My best memory of him is that he would always have a smile on his face, even on his death bed," Thelma recounted.

Berris was always there for his brothers and sister and his friends. He would hang out with his friends and he was very supportive. He was indisputably deemed loveable by anyone he encountered. His co-workers are at a loss over his death.

Berris, at 51, was fighting liver cancer and throughout this time, he reflected on his spiritual life.

"He knew he was living a good life, but he wanted to accept Jesus Christ as his saviour, so he gave his life to God on August 2 at the Hope Temple Pentecostal Church of God in Waterford, St Catherine, where he remained a member until the time of his death," Thelma said.

Berris will always be remembered for his sense of humour and his loving and caring capabilities.

He leaves behind a host of family members; Aunt Evelyn; his mother-in-law, Lisa; his brother-in-law;

and his nieces and nephews to mourn his death.

A service of thanksgiving will be held for Berris Lenford Burke on September 19, 2015, at the Hope Temple Pentecostal Church of God, starting at 11 a.m.