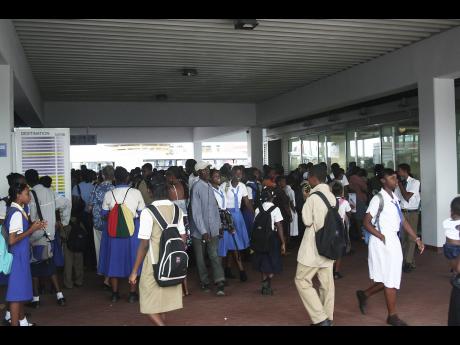 Deans of discipline will continue to carry out inspections at the Half-Way Tree Transport Centre this school year.

Under an arrangement with the Jamaica Urban Transit Company (JUTC), the deans of discipline carried out regular checks at the centre during the last school year.

This was aimed at reducing the number of students converging at the bus centre, which often results in indiscipline.

Marketing and Communications Manager at the State-owned bus company, Clinton Clarke, says he is looking forward to the return of deans of discipline to the transport centre early in the new school year. According him, the initiative, which is more than a year old, has led to the reduction of physical incidents involving Corporate Area high school students.

Clarke says under the initiative incidents, involving students dropped from 120 cases a month to 70 cases.

Clarke also says Guardsman Limited and the Port Security Corps have been contracted by the JUTC to provide security in the Half-Way Tree Transport Centre.

A police post is also located on the top floor of the structure.