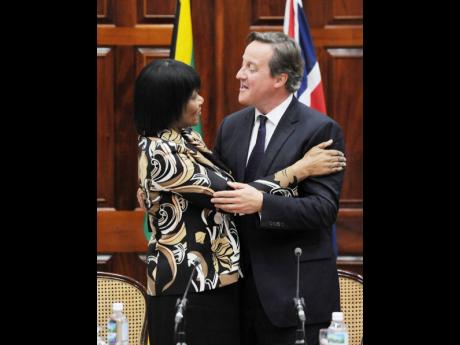 As public criticism of the deal with Britain to finance the construction of a prison grows, the Ministry of National Security today published details of the non-binding memorandum of understanding between the two countries in an effort to clarify what it has negotiated with Britain.

The MoU was published in today's Sunday Gleaner.

In the MoU the ministry said it was Jamaica that engaged the Britain in negotiations for more than a year to secure £25 million grant to fund the prison construction.

It explained that the grant would be contingent on the signing of a Prison Transfer Agreement sponsored by Britain involving the transfer of 300 Jamaicans who committed crimes in that country.

The security ministry insisted that the rehabilitation and reintegration of the 300 prisoners under the proposed agreement, will "not a be a burden on the public purse".

It outlined that three important points should be considered in respect of the negotiation. It said Jamaica would source the remaining funds to complete the construction. It added that £5.5 million pounds have already been successfully negotiated towards reintegration and resettlement of the prisoners. The ministry also said Jamaica will only sign if new legislation is enacted to support the transfer.

The security ministry maintained that the country's prison facilities were old, dilapidated and overcrowded and therefore not fit for rehabilitation. It said the non-binding MOU would allow for the retiring of the main prisons on Tower Street in downtown Kingston and the St Catherine Adult Correctional Facility, and the building of a new prison that would focus on rehabilitation.

The ministry added that the retirement of the Tower Street and St Catherine facilities would also free-up land space for redevelopment.