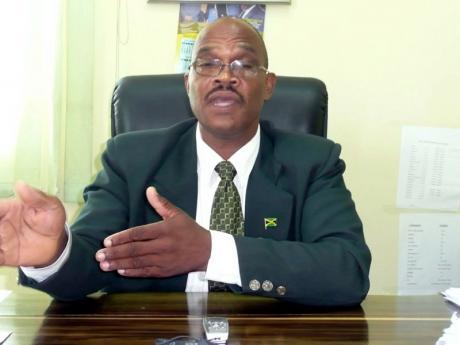 File Photo
Floyd Patterson, a two term councillor, who first won on a Jamaica Labour Party (JLP) ticket in 2008, reportedly fell out of favor with delegates in the Saint Margaret’s Bay division.

Former mayor of Port Antonio, Floyd Patterson has signaled his intention to cross the floor to the People's National Party.

Patterson, a two term councillor, who first won on a Jamaica Labour Party (JLP) ticket in 2008, reportedly fell out of favor with delegates in the St Margaret’s Bay division and subsequently lost heavily in an internal election in June to new comer Stephen Williams.

He says the move is subject to ratification by the PNP.

However, the former mayor says he's also willing to represent the National Democratic Movement (NDM) or become an independent candidate.

Patterson made the announcement at this morning’s sitting of the Portland Parish Council.

Sign up for The Gleaner’s morning and evening newsletters.
Former mayor of Port Antonio, Floyd Patterson

The former mayor says it was clear that his presence in the JLP was always under threat, as despite his efforts to serve the people of the St Margaret’s Bay division, he was always sidelined by the Member of Parliament for West Portland, Daryl Vaz.

Responding to allegations made by Patterson, Vaz said the news is a welcome one for the party, as the former mayor was a non performer, who was more of a liability to the JLP.

The MP argued that under his watch in 2008, Patterson won the St Margaret’s Bay division handsomely by approximately 450 votes, but struggled in 2012 – winning only by 10 votes.