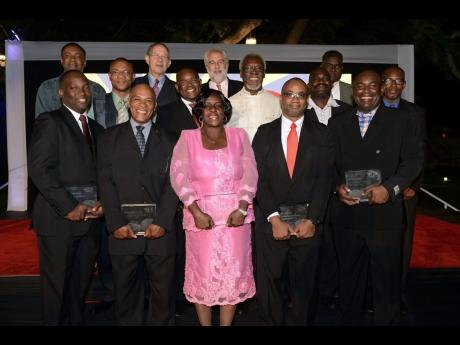 The event also served as an awards ceremony for 11 staff members who have devoted 20 years of loyal commitment to the company, having been with JEP since its inception.

The company, which started operations in 1995, now provides more than 20 per cent of the island's power needs as supplier to the Jamaica Public Service Company Limited.

JEP has more than doubled capacity during its 20-year existence. Collectively, along with sister company West Kingston Power Partners, it provides 190MW to the grid.

Jamaica Energy Partners entered the energy field with the mandate of efficiency and sustainability with 74MW of capacity on one power barge. Ten years later, the company boosted its production with the addition of Doctor Bird II, delivering a combined output of 124.36MW to the public- electricity grid.

In 2010, JEP emerged the successful bidder and earned the rights to build, own, and operate a 60MW (now 66MW) power plant that began commercial operations in July 2012 as associate company West Kingston Power Partners (WKPP).

These projects, implemented in a short time, averted an impending generation shortfall in Jamaica. By 2013, the company's projects - including the newly formed WKPP - generated approximately 30 per cent of the electricity produced in Jamaica, compared to 14 per cent generated by all other independents.

Chief executive officer, JEP, Wayne McKenzie, said the company is looking forward to participating in the push towards adding renewable capacity to local power supply and commended the company's Jamaican staff which participated in the organisation's transformation.

"In 2004, JEP was approached by JPS to build a 15MW plant because there was need for interim capacity. We convinced JPS that it needed a 51MW plant. We built a 51MW barge. In 2006, when Basic Energy became our sponsor, we participated in a new request for proposals for added capacity and won the bid. With local talent, we developed, constructed, and are now operating 190MW in plant capacity," McKenzie said.

Chairman and CEO InterEnergy Group, Rolando Gonzalez Bunster, who also spoke at the event, said the company has recommitted to regional expansion as the financial crisis abates.