Rosetta Parchment is one Proud Mother 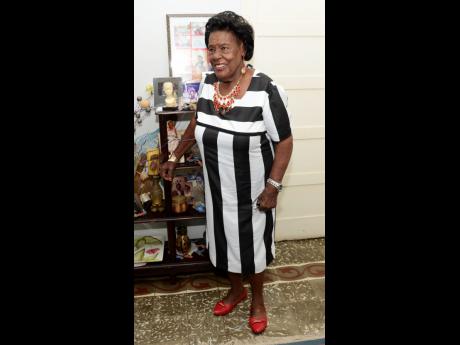 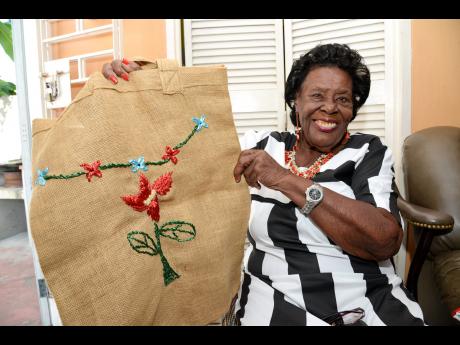 And why shouldn't she be? The first of her nine children is the new political ombudsman. Donna Parchment Brown was sworn in as Jamaica's first female ombudsman and fourth overall since Independence on Monday. And Mother Parchment was front and centre to see her daughter accept the post, planting a big 'chuups' on her for the cameras. The Parchment matriarch recalls that Parchment Brown was always a happy child.

"She was jolly, active, and at that tender age, she would use the biggest words," she laughed. "She usually say all these big word, so that was leading to something from then." As the eldest, Parchment Brown was very much the role model for her siblings, especially the girls, who all followed her to Hampton. Parchment, a retired teacher, joked that none of her children followed her into the classroom. She admitted she thought her daughter would have become a doctor or lawyer, but whatever the profession, she knew she would be special.

"I think she got her scholarship very early, I think she was about nine," she recalled. "And when she went to school, the people were like, 'no man she can't be just nine'. But then, she was very bright." When asked about hobbies, Parchment revealed that Parchment Brown is apparently quite the seamstress. She said all her daughters can make their own dresses.

"When I come from school in the evening and have material, I spread it out, and then go around the machine and stitch. But since they get big now, they only buying," she laughed. No doubt, they get this creativity from their mother, as she still does craftwork in her spare time, including using cardboard to make picture frames and sewing designs on burlap. Parchment said she has seen the difference her daughter has made in people's lives, especially in her work with the Dispute Resolution Foundation.

"I see many people come, and apparently, they are benefiting because they do not have to go to court and spend two or three weeks," she said. "And right now, one of her sisters is working there." Of being named ombudsman, Parchment said she was elated at the appointment.

"I feel good, and many friends have come by and said good things. It cheers me up," she said. Parchment believes her daughter will be a good fit as she has seen her in action.

"Listening and watching her ... if she cheers this side, she cheers the other side," she said. "She don't have any disagreement with any side. I think that's a good thing." Along with late husband, John, who was the first mayor of Black River, Parchment believes it's the strong support of her siblings that has helped Parchment Brown be successful. But like any mother, she is always ready with her own advice.

"I always tell her ... you have to go and do your best," she said. "No matter what the other persons say or do, do your own thing." Parchment admitted that Jamaica's political climate can get testy, so she is fully aware that Parchment Brown might be in her toughest job yet, but she's confident that she can get the job done.

"At first, I asked her if she liked it, and she said yes," she said. "So I said okay, fine then. I have no problem because Reverend Blair was there as an example she can follow. I thought he did a good job. So I just tell her try and do her best, keep up the good work ... just be level with everybody."