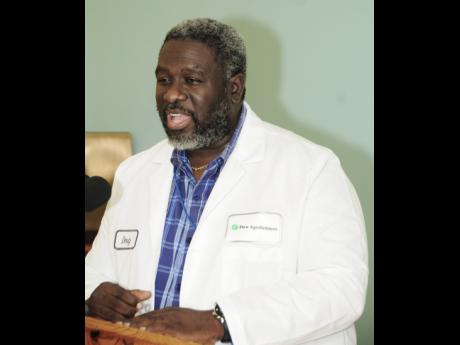 More than 60 dentists could be operating illegally across the island, having failed to meet the deadline for registration and providing proof of continuing education to the Dental Council of Jamaica.

The council last Friday released the list of persons registered to operate as dentists locally, with only 184 of the estimated 250 practising dentists in the island making the cut.

Chief dental officer for Jamaica, Dr Irving McKenzie, said while some of the unregistered dentists could be off the island or have stopped practising, there are some who are operating in breach of the law.

"There are people here who have not complied, and what it means is that they are practising dentistry illegally," said McKenzie.

"I have been looking and I have seen where there are about two persons that for the last three, four years who haven't done anything in terms of obtaining a practising certificate. I am not sure that they are currently practising, but my assumption is that they are, and as such, they will have to deal with the decision that the council will make.

"I know there are about two individuals who have gone overseas doing postgraduate programmes and ... may not be in Jamaica," added McKenzie.

He said those dentists who have failed to obtain their practising certificates and still wish to do so are required to write to the council explaining why they missed the deadline, which was originally April 1 and later extended to November 23.

"As it is right now, anyone who has not paid will now have to contact the council - write a letter to the chairman or registrar of the council - properly explaining their reason for not being compliant.

"The council will then look at it and, as it is with most jurisdictions around the world, if they were just being careless, they may have to pay a serious penalty," said McKenzie.

He said there are dentists who have not had a practising certificate for years, which amounts to a blatant violation of the Jamaican Dental Act, putting those persons at the mercy of the council.

"We will be coming down on them seriously, because keeping yourself up to date and ensuring that you are on top of your game is what is in the best interest of the patients, and it ensures patient safety and protection."

The current dental certificates are valid for two years, at which time dentists will be required to meet more stringent criteria to obtain new ones.

"These areas are professionalism, ethics and ensuring that they know how to resuscitate a person in case of emergency. And if you are a specialist, part of your professional development should be in the area of your specialisation."

Among the dentists who appear on the list of those registered to practise is Dr Stephen Kaufman, the American who moved to Jamaica after his licence to practise was revoked in his homeland for questionable practices.

McKenzie refused to comment on Kaufman, but The Sunday Gleaner has learned that since it was revealed that he is operating in Jamaica, the Dental Council has been inundated with correspondence from persons in the US warning about him.

This has prompted the council's investigative committee to take a keen interest in him, while he has been visited by the police and Passport, Immigration and Citizenship Agency officials.

The Dental Council is reportedly investigating his actions and will decide shortly if he will be allowed to continue practising in Jamaica.

Editor's note: Dr Fenton Ferguson, the minister of labour and social security, is on the list of registered dentists.