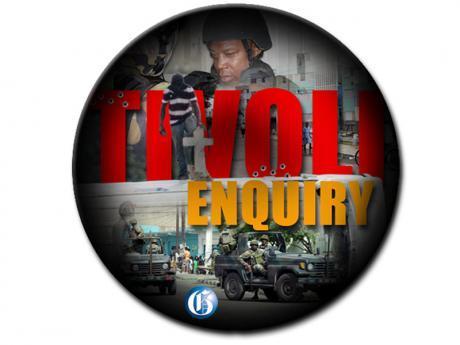 After 90 days of testimony from 94 witnesses, including former government and high-ranking law enforcement officials, the West Kingston Commission of Enquiry into the 2010 police-military operations in Tivoli Gardens came to an end Friday.

Retired Barbados Chief Justice Sir David Simmons, who chaired the three-member tribunal, believes it was a necessary exercise in the context of Jamaica’s democracy.

“It has been, and I speak for all three of us, intellectually challenging and at the same time highly rewarding ... at times emotionally draining,” he underscored. ‎

More than 70 civilians and one member of the Jamaica Defence Force (JDF) were killed as heavily-armed thugs in the west Kingston community mounted a fierce resistance to the efforts of the security forces to arrest drug kingpin Christopher ‘Dudus’ Coke.

The second-generation community don was wanted in the United States on drugs and firearm charges.

After a nine-month delay, former Prime Minister Bruce Golding used a national broadcast in May 2010 to announce that he had given then Attorney General Dorothy Lightbourne the green light to proceed with Coke’s extradition.

The commission has heard evidence that as many as 300 gunmen - lured by thousands of dollars in cash payments  began assembling in Coke’s Tivoli Gardens stronghold in the days after the announcement.

As the tension across the Corporate Area mounted, armed thugs set fire to the Hannah Town Police Station in west Kingston before a police team travelling along Mountain View Avenue in east Kingston was ambushed and sprayed with bullets.

Two policemen were killed in that attack. On May 24, 2010 the JDF and the police moved in to arrest Coke and restore calm to the area, but by the following day more than 45 bodies had been removed from the area of operation.

The army initially dismissed claims by residents that “bombs” were fired into the community, but retired Chief of Defence Staff Major General Stewart Saunders later admitted before the three-member tribunal that he authorised the use of mortars to disorientate gunmen shooting at members of the security forces and keep women and children indoors and out of harms way.

Saunders revealed that a total of 37 mortars were fired into three open spaces in west Kingston.

In a much-delayed report to Parliament, then Public Defender Earl Witter suggested that a commission of enquiry be convened to probe the conduct of the operations. IN PHOTO: Commissioners head to the Tivoli Gardens enquiry at the Jamaica Conference Centre on December 1. They are Professor Anthony Harriott (forefront), Sir David Simmons (right), retired chief justice of Barbados, and Justice Hazel Harris, retired among other personnel.

The commission, which also includes former Court of Appeal Judge Hazel Harris and university professor Anthony Harriott, was appointed by Governor General Sir Patrick Allen in February 2014 with a 17-point terms of reference.

It began hearings in December 2014 and Friday marked the end of the 90 days it was given to complete public hearings.

“I feel very proud of that,” Simmons indicated.

Noting the governor general’s instruction to the commission that it’s report should be submitted  two months after the public hearings are completed, Simmons gave the assurance that he and his fellow commissioners will work to complete the report by April 20.

“We have prepared ourselves to deal with those challeges to try, as far as is practicable, to comply with the requirement of the governor general. All things being equal, that may be achievable, but I am not going to tie ourselves down to it,” he said, adding that in the worst case the report could be two weeks late. 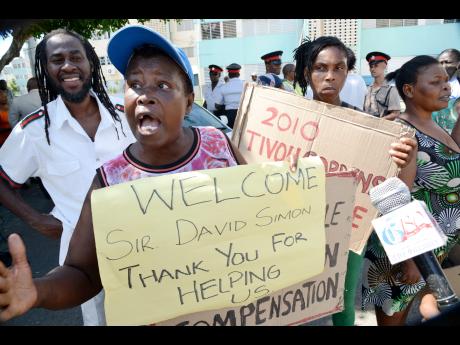 The former Barbados chief justice also signaled that the three-member tribunal will not be afraid to make strong findings where necessary.

"We will make strong finding where we have to. We won't shirk our responsibility," he insisted.

Despite this, Simmons indicated that the commission would not accede to the request by the Independent Commission of Investigations and the Office of the Public Defender to recommend that Saunders and JDF mortar expert Major Warrenton Dixon be charged with murder for the use of the mortars.

"For us to go that far in this enquiry would fly in the face of a fundamental principle of fairness," he reasoned.

Simmons made it clear that he wants to ensure that the report reflect sound legal principle.